I’ve been involved with Purism in one way or another since almost the beginning. Originally I found out about Purism and Todd back in 2014 before the end of the original Librem 15 crowdfunding campaign when I reviewed the Librem 15 prototype for Linux Journal Magazine. While the Librem 15 was far too big for my tastes, I was really impressed with Todd and his mission and started helping out a bit behind the scenes with advice (and later on, with early PureOS install tools). When the original Librem 13 campaign was announced, I immediately asked to review it for Linux Journal as it was right up my alley in terms of form factor. My Linux Journal review summed up my feelings pretty well:

I want one. Maybe I’ve just spent too long on older hardware but it’s nice to be able to use a laptop with modern specs without having to compromise on my Open Source and privacy ideals. The Librem 15 was definitely too big for me but while the Librem 13 is bigger than most of my personal laptops, it’s about the same size as a modern Thinkpad X series (but thinner and lighter). I’m more than willing to add an inch or so to the width in exchange for such a nice, large, high-res screen. Even though my X200 is technically smaller, it’s definitely heavier and just feels clunkier.

I ended up backing the crowdfunding campaign. The Librem 13v1 I got in 2015 was actually also one of the first prototypes for our anti-interdiction service, with hand-written custom text over stickers covering the plastic around the laptop and with pictures of that and the motherboard sent to me out of band. One interesting thing about the Librem 13v1 was what an improvement it already was over the Librem 15v1 I had reviewed only about six months before. It had the darker anodized finish that we now associate with Librem laptops and in my opinion had even better build quality than the Librem 15v1. It was also different from more recent Librem 13 revisions: it had hardware kill switches on the display hinge instead of the side, and it had a pop-down RJ45 jack with a Gigabit network card.

Five years later, that Librem 13v1 is still serving as my personal laptop and is still running strong although I did invest in a RAM upgrade a year or so back to better handle recent RAM-hungry QubesOS upgrades.

Now that I work at Purism, I’ve used just about every generation of Librem 13 laptop either as a lab device or as my own work laptop. Each Librem 13 generation added improvements and refinements such as upgrading the CPU, moving the hardware kill switch to the side of the laptop, integrating a TPM chip by default for PureBoot and replacing the RJ45 jack with a USB-C port.

Of course most of the changes to the Librem 13 were incremental. The overall appearance of the laptop has been the same throughout the generations like you might expect–why reinvent the wheel with each revision? Yet sometimes it does pay to revisit a design and start fresh. Planning for the Librem 14 allowed us the opportunity to start from scratch and design a “dream laptop” based on our own wishlist combined with the wishlists you have given us over the years. This dream laptop is precisely what we built with the Librem 14.

There are many things about the Librem 14 that remind me of the first generation of the Librem 13. By popular demand we have brought back the gigabit Ethernet card with an integrated RJ45 jack. Even though I use wireless networking as well, whenever I need to backup my laptop I always plug it directly into my local gigabit network. And as someone who recently got gigabit Internet access, I have even more reasons to connect to a physical cable.

We added the RJ45 port while retaining the existing HDMI, USB-A ports and USB-C ports, but in the case of the USB-C port, it now supports video out as well as power delivery so I can either charge it with the same standard barrel connector I use for the rest of my Librem laptops, or use a USB-C charger.

Kill Switches Are Back On Top 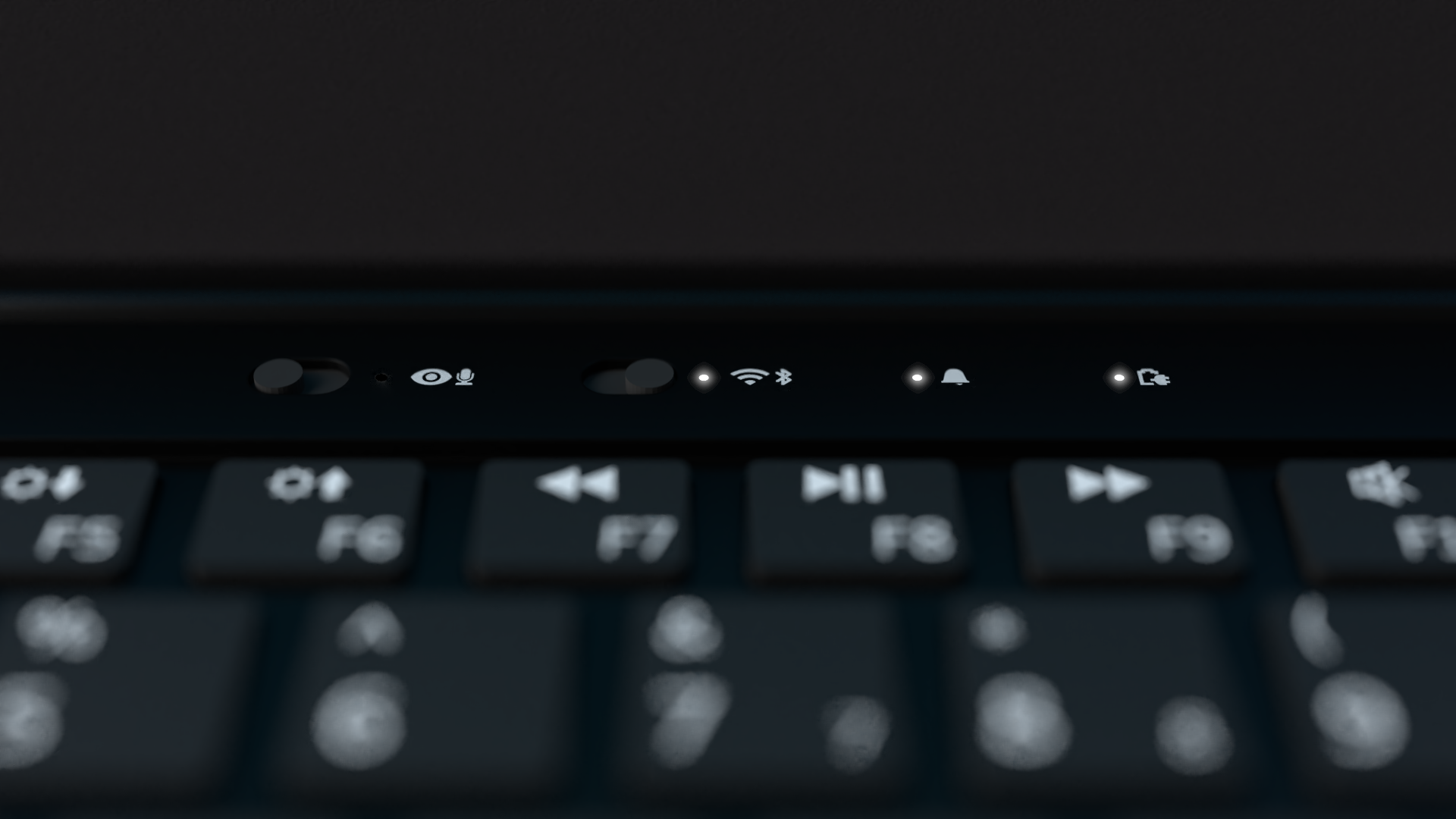 Regardless of the reason, we hear you and we’ve moved kill switches for the Librem 14 back on top so you can easily see the state of your webcam/microphone and WiFi devices at a glance and know that they will retain their state when you put the laptop away. 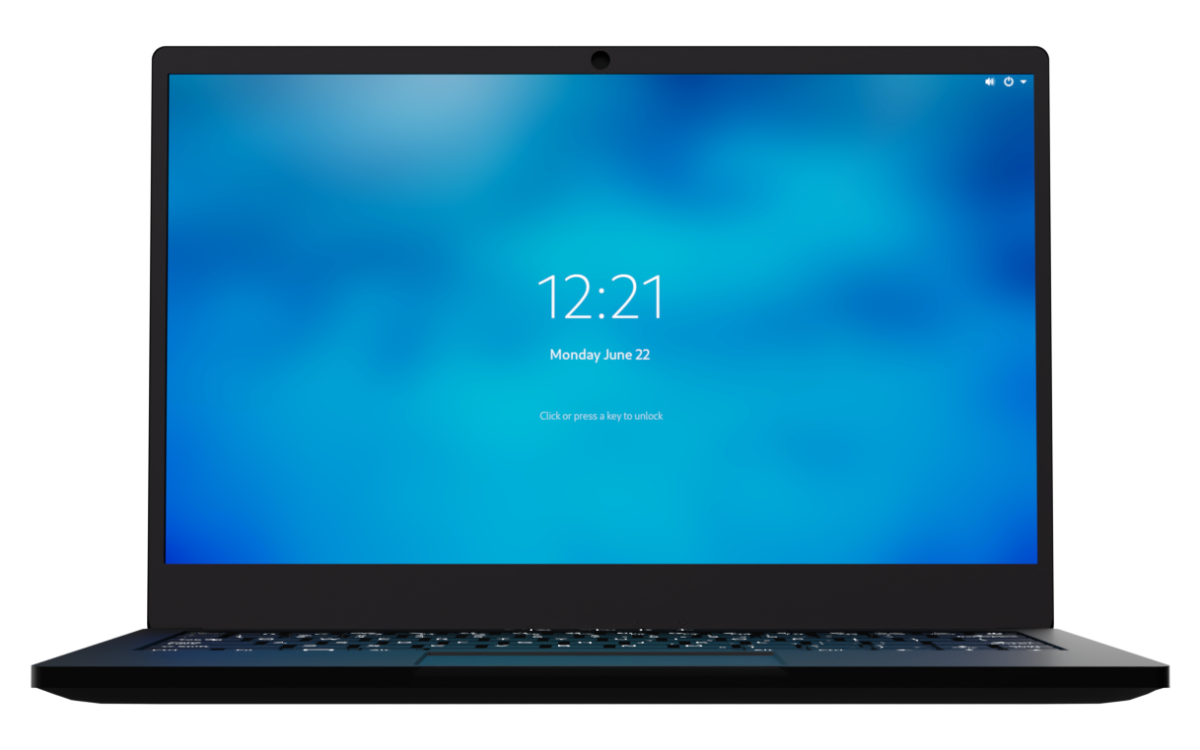 Laptop footprint is very important to me. I’ve owned ultraportable laptops like the Toshiba Libretto 50CT and the Fujitsu P2110, and a 13″ laptop is right at the upper end of what I personally consider “portable” and a “laptop” (although of course tastes and lap sizes vary). As we worked on the design for the successor to the current generation of the Librem 13, one of the things that came up was screen size. I personally would not have been in favor of increasing the Librem 13 footprint to accommodate a 14″ screen, but current advances in laptop design meant we were able to squeeze a larger screen in the same footprint by reducing the size of the bezel. A win for everyone.

Seriously? Six Cores in a Laptop?

I admit that personally, the new i7-10710U CPU is what I’m most excited about with the Librem 14. While some desktop use cases may not necessarily take advantage of parallelization, I use QubesOS (a high security OS that makes heavy use of virtual machines to isolate applications from each other) as my primary OS both personally and professionally. While Qubes still runs fine on my five-year-old personal Librem 13v1, and also runs well on the Librem 13v4 I use for work, using Qubes means you might end up running four to six (or more) web browsers at the same time, each isolated into their own virtual machine. Modern, bloated web applications spread across multiple browsers with virtualization overhead can take a toll as they share time on a 2-core CPU so I’m looking forward to seeing how Qubes performs when each browser can have a core of its own.

We are all very excited about the Librem 14 and have so much more we want to share with you about it. Over the coming weeks we will be publishing more information about specific features in the laptop (along with some surprise features we haven’t announced yet!) so watch our site for more information. Do take advantage of the early-bird pricing for the Librem 14 while it lasts and pre-order now!