Here’s what happened to the Librem 5 software in September. This doesn’t cover every single improvement or fix that was made, just a selection of them. You can follow the development of the software in our GitLab instance.

There has also been a certain amount of polishing and fine-tuning the user interface, with improvements to the conversation view.

Chatty now starts in the background to ensure that incoming messages can be received even when the application itself is not shown.

An incredible amount of work has been put into making the Settings application work well in portrait mode. The large number of dialogs and pages, combined with the combinations of options that can be chosen, make it a challenging application to work on.

Network dialogs can expose a lot of settings, making it difficult to present them nicely on smaller screens. Despite that, the known networks dialogs have been updated to work well on the phone. 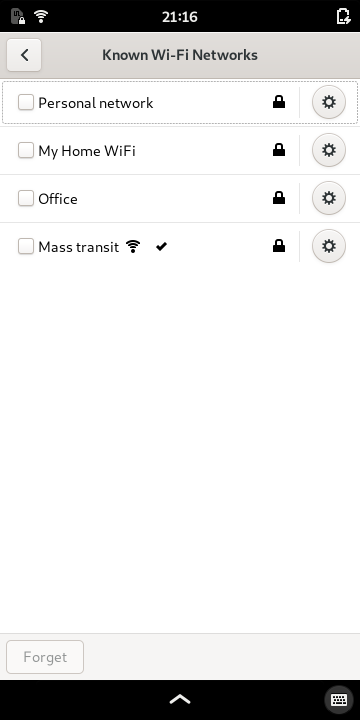 Other dialogs, such as Notifications needed some work to make them adapt to the Librem 5’s display.

Behind the scenes, a few improve the application for general GNOME users as well as users of the phone.

GNOME Software has been adapted for use on the phone and can be used to install new applications, as well as to update the system software. 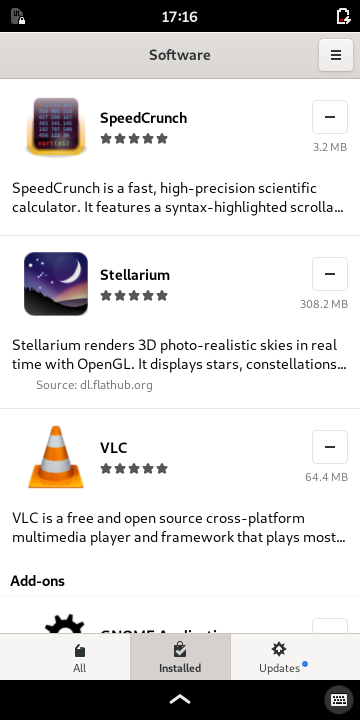 One of the notable new features in Calls is that incoming calls can now be accepted when the screen is locked.

Improvements in emergency call support that are being made upstream in ModemManager aim to provide better provision of emergency calls in a range of situations – such as when the SIM is locked or not present.

Thank you for the entries to the ringtone competition, which are now included in the default system image.

In addition to working on high priority tasks, our developers have taken the initiative to get a few more applications working seamlessly on the phone. The Podcasts app is one of these, getting minor fixes to work on the Librem 5.

The adaptive widget library continues to get more features and improvements, culminating in developer.puri.sm.

The shell now shows all available applications, not just favorites which still appear at the top of the app drawer. A search bar makes it easier than before to locate applications. 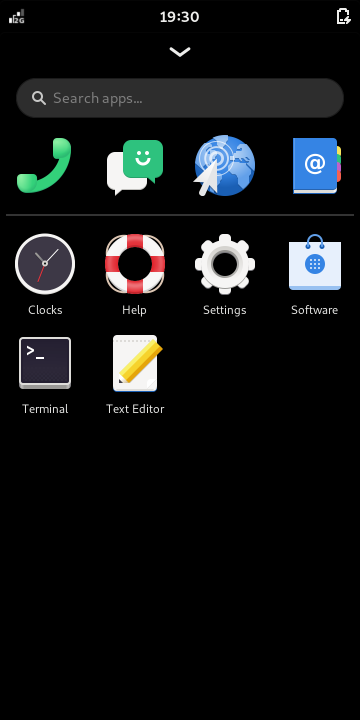 The general experience of using the shell has also been improved thanks to a flurry of changes which make easier to find the app you are looking for. We’d like to thank Zander Brown for the many contributions to this release.


Alongside new features like these, rendering performance has been increased through tweaking low-level drawing, such as blending.

The translations for the shell itself have been updated despite problems with the Zanata service that we have been using (see the Community section below). This occurred in merges over the course of the month.

Thanks to a submitted upstream), Clutter-GTK applications should now work on the phone. There are quite a few popular applications that use Clutter-GTK, so having it work is important to users.

SDL applications received similar attention to ensure that they use the Wayland backend rather than fall back on X11 support.

The order of layers can be merge request ensured that the virtual keyboard doesn’t get hidden behind layers that expect text input.

When the user shuts down the phone, the screen now shows visual feedback to the user.

Key bindings for the shell are now read in the same way as GNOME shell, using the same schema. This makes configuring and using the shell easier when using an attached keyboard.

Squeekboard, the virtual keyboard, has seen active development over the last month, being refactored and rewritten in parts.

The way keyboards are styled got some changes.

Multitouch input is now supported and the keyboard handles multi-key rollover, it should now keep up with users who type quickly. 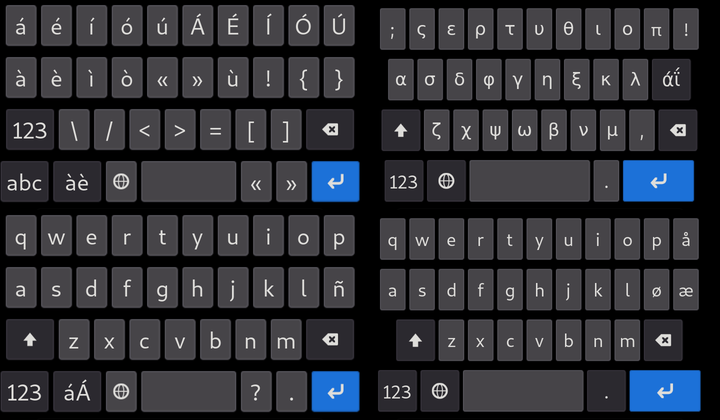 A number of forum members have contributed keyboard layouts for more languages and started a forum discussion on the best practices for language and keyboard contribution and discovery.

We start with an overview of Purism’s contributions to Linux 5.3 that covers much of the current work on supporting the phone in the latest stable release of the kernel.

Alongside this, efforts continue to mainline support for the accelerometer and other peripherals.

In response to demand from members of the list of applications in development for the phone.

For a while we have been using the Zanata translation server to manage translations of the shell and other components. Unfortunately, there were some issues with the service earlier in the summer.

Photos and videos of the Librem 5 in different stages of production have been appearing on a video of an early production phone in use.

Work is ongoing to produce a quick start guide for the phone in a printable format.

We’re trying to increase the rate of progress reports as we move into the last quarter of 2019. Unfortunately, things slipped a little when we got to the end of summer, so the reports get longer to write and have to contain more things, and so on. In any case, we’ll try to get an October update out by the end of the month.