A few days ago we gave you a very quick sneak peek of the Librem 15 v3’s anodized black finish as we were doing final preparations for our LibrePlanet 2017 attendance. We were very happy to support the Free Software Foundation by sponsoring LibrePlanet! On Saturday morning, we started setting up our booth slowly, thinking there would not be much activity going on at the beginning of the day. We were proved wrong:

Hit the ground running at @fsf #LibrePlanet! We weren't even fully set up and the interest is high. Thank you! pic.twitter.com/FwCFk1apja

There was a crowd around our booth at pretty much all times (except lunchtime) throughout the day Saturday, during which it was revealed that Todd is possibly a cyborg, as he stood there answering questions for eight hours straight, without needing to eat, drink, or sit: 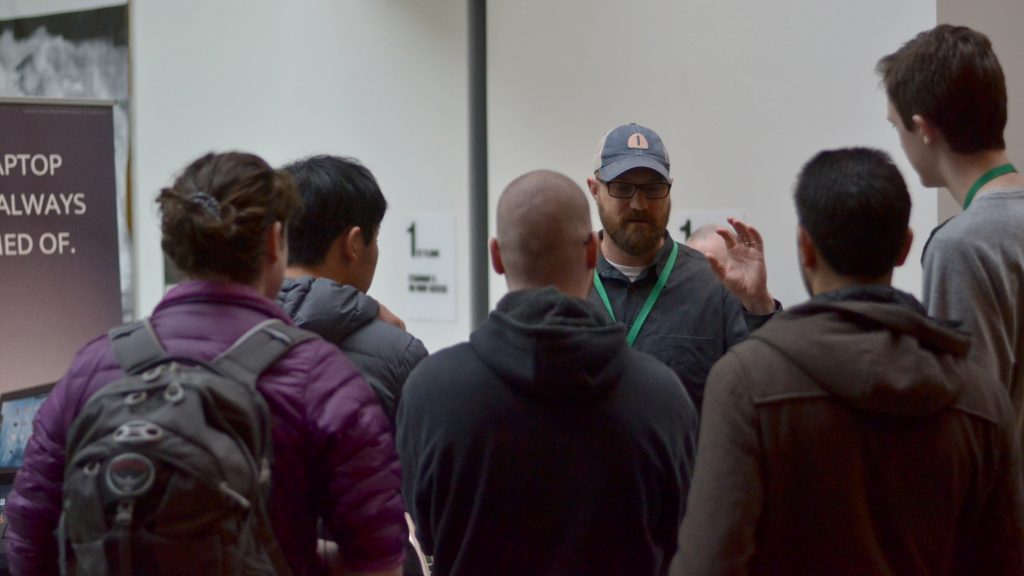 Great discussions were had. James was also present, attending talks and officially winning our photobomber of the year award, as you can see him in the lower-right corner of this photo: 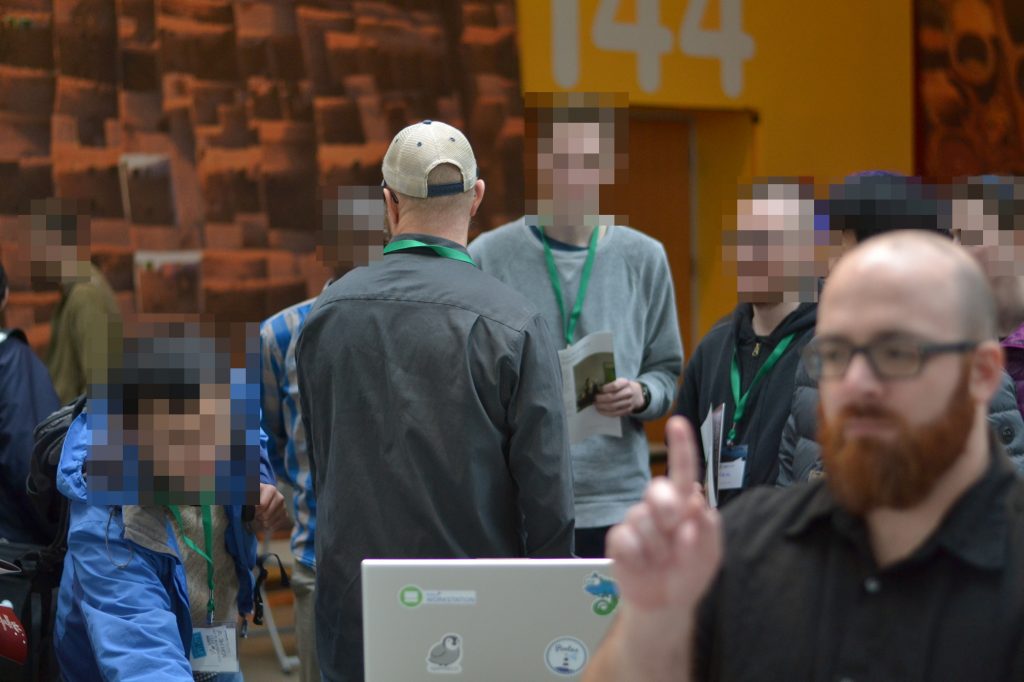 Todd is the one who started my new love affair, I will make sure to drop by again. He’s really great at sharing info I want to know

People who saw and touched the Librems found them to be quite impressive. For instance:

Met the guys from @Puri_sm today at #libreplanet. I was impressed by the build on the #librem13.

Some of the frequent comments we heard were “Wow. They’re even better than on the photos!”, “When can I buy one?” and “I was a Purism skeptic, but I see you are delivering on your promises and making the impossible possible.”

While we were hard at work answering thousands of questions at LibrePlanet, our coreboot developer Youness was on vacation while waiting for some more testing hardware. This week he will be resuming his work on preparing/packaging coreboot for release, and with the two new prototype units I brought back from Boston he will also be able to begin the coreboot port for these devices. We hope to do that in time to factory-flash them for the next batch of deliveries in May-June, but we’ll see how the development work pans out. If it’s not ready within that short timespan, we will provide coreboot as an update that you can flash yourself.

Youness has also made some additional progress on the Intel ME, thanks to information and data that Igor Skochinsky was able to share with us. Stay tuned for Youness’ next report!