Head of Marketing at Purism

We asked the Purism team for their recommendations on top books that inspired them or provoked their imagination. The genres ranges from non-fiction, sci-fi and even cyberpunk. Here is the list of our team’s top 15 books, in no specific order. Feel free to share them with your friends. We’d also love to know which books framed your world-view, at feedback@puri.sm!

This award-winning science-fiction novel, created and defined an entirely new genre: cyberpunk. The novel heavily inspired movies like ‘The Matrix’. In fact the word ‘matrix’—is taken directly from Neuromancer. And so is the word, “cyberspace”, that has become synonymous with the internet today.  It was launched in early 1980s, where the internet was a fairly novel concept, accessed only by a few.  Gibson’s novel talks about a future where hackers can “jack” themselves using body implants and cables, injecting their brains directly into the matrix. Gibson creates a unique alienated, dystopian world that is dominated with machines who battle its characters. Did he write this novel to show us a highly mechanized world that will come true in the future? The novel evokes a certain kind of thrill, imagination and pitches humans against machines.  No wonder, this book stands as one of our team’s recommended read.

The Cuckoo’s Egg: Tracking a Spy Through the Maze of Computer Espionage (Clifford Stoll)

Cliff Stoll was an astronomer turned sys admin at Lawrence Berkley Lab, who started investigating an accounting discrepancy of 75 cents. What he landed on was a spying mission on a mysterious invader who managed to break into U.S. computer systems and steal sensitive military and security information. ” I think of that book and its story still to this day. Including hooking up a printer to see the hackers’ output without modifying detectable tracking software” says Todd Weaver, CEO and Founder of Purism, who recommends this book as one of his greatest reads.

You Are Not a Gadget (Jaron Lanier)

Lanier, a Silicon Valley visionary comments on how the World Wide Web is upending commerce and culture as we knew it. He is critical of the web 2.0 and the digital culture  that harnesses the wisdom of the mob or the “hive mind” but sacrifices individual’s intelligence. He calls out the technical and design decisions that negatively impact cultural and social norms. Lanier calls to develop more humanistic technology. 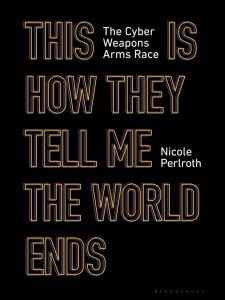 This is How They Tell Me the World Ends: The Cyberweapons Arms Race (Nicole Perlroth)

This book is written in a journalistic style by Nicole Perlroth, an award-winning cybersecurity journalist for the New York Times. The book talks about “cyberweapons” arms race and dives into the zero-day vulnerability culture”. A zero day is an unreported (and therefore unpatched) vulnerability a hacker can exploit even against a system with all its security updates. The important question is how are these cyberweapons going to be used in the future?

A cautionary novel was written in 1949, about an imaginary future year, 1984. Orwell writes about an imaginary place fraught with totalitarian power with mass surveillance, and violations of freedom of expression. It puts the role of truth and facts and the ways in which they are manipulated at the center. It is uncanny how the novel written decades ago, continues to remind us about the perils of unchecked governmental power and unbridled control over technology and expression. Purism’s creative Director, Francois Techene and AweSIM’s Scott Booth, both recommend this book. 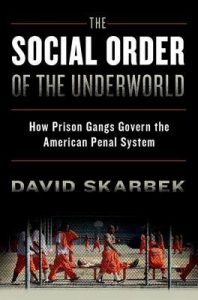 The Social Order of the Underworld: How Prison Gangs Govern the American Penal System (David Skarbek)

The book uses economics to examine the functioning of informal and extralegal institutions. President of Purism, Kyle Rankin, found the book to be an “interesting analysis of how criminals have self-organized into various social orders within the US prison system. The book has plenty of implications for people outside that system” he says.

Written by one of the most prolific science fiction writers, this novel imagines a futuristic dark world. Set in a consumerist society, it talks about a world where androids that look and interact like human beings exist. However, they lack empathy that defines humans. The novel also reflects the realities of the consumerist society in the backdrop of the Cold War in the 1960s. The novel made a lasting impact on its readers since it published and even inspired the Bladerunner series of films. Highly recommended by Kyle Rankin. 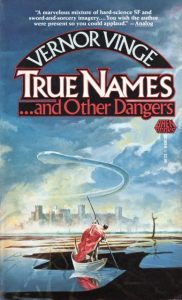 Another suggestion from the cyberpunk genre, a book that has inspired many hackers and computer scientists. This Hugo prize-winning novella revolves around a group of hackers that penetrate computers around the world for personal profit or curiosity. They have to be secretive about their identity or “True Names” with each other and against a totalitarian regime. It brings to life early visions of full-immersion virtual reality technology and even singularity. Recommended by Tray on our engineering team.

Hustlers and Con Men: An Anecdotal History of the Confidence Man and His Games (Jay Robert Nash)

Another one suggested by Kyle Rankin, this book goes through the history of confidence games, “Even though this was written I believe in the 1970s con games really haven’t changed much, so many of the mail order and stock market cons are essentially identical to many of the crypto-currency and NFT cons happening today.” 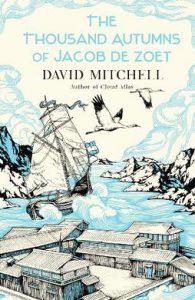 The “land of a thousand autumns” is described as one of the names used by the Japanese for Japan. This novel is set in the 18th century Japan, during the times of Dutch trading concession. It spins an imaginary tale around the adventures of a young and devout clerk in a new land. Here Jacob de Zoet encounters the good, evil and whatever lies in between.

Snow Crash is science fiction novel that has captured imagination ever since it was published in 1992. It describes a make-believe world where the power of government has ceded to private organizations and entreprenuers. And this world is fraught with neuro-linguistic viruses and counter-viruses. Will the Hiro (the hero of the novel) be able to save the people of this world?

The Diamond Age was another suggestion from the  same author. While Snow Crash describes the cyberspace, Diamond Age is about nano tech and how terrifying it could get. “Both these books are very entertaining stories about wealth and tech disparity, how corporations and politicians will inevitably use it to subjugate the population” noted Adam, from the Purism team. 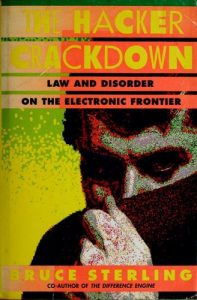 The Hacker Crackdown: Law and Disorder on the Electronic Frontier (Bruce Sterling)

This book is a journalistic study of the hackers’ world and how law enforcement cracks down on them. Fundamentally it highlights the debate between fighting serious computer crime and protecting civil liberties. Written in the early 1990s, it is a must read for any one looking to trace the evolution of computer crime, cyber civil liberties movements and the cyberspace in general.

Scott Booth from our AweSIM team, recommends this book that deals with the ever-evolving areas of data mining, behavioral advertising, iGovernment, profiling for intelligence, customer relationship management, smart search engines, personalized news feeds. These areas inevitably challenge or come in conflict with the societal values such as privacy, autonomy and due process. The volume is useful for any one interested in the edge of law, philosophy and technology.

As we enter a globalized world, where data and information is routinely transmitted and processed in multiple sovereign states. Which state(s) then, have the jurisdiction to investigate and prosecute the criminals? Authors contend that territoriality prevents states from acting appropriately regarding cyber security, data privacy, and law enforcement investigations. If you are some one researching  or interested in understanding jurisdiction in international law and on global information policy, this book is for you.

The Age of Surveillance Capitalism: The Fight for a Human Future at the New Frontier of Power (Shoshana Zuboff)

Zuboff is a Professor of Business Administration at the Harvard Business School. Suggested by Evangelos on our Librem 5 team, the book  explains how “surveillance capitalism” is a “rogue mutation of capitalism”. She argues that in modern times, neither privacy nor antitrust laws provide adequate protection from surveillance capitalism.  She lays down the economic and social imperatives that contribute to the assault on our privacy.