Converging on Convergence
PureOS is Convergent, Welcome to the Future

Many Devices, One OS

The two big mobile OS vendors have been dreaming of convergence between laptop OS and mobile OS for a long time; dreaming of being able to make the same application code execute, and operate, both on mobile phones and laptops – adapting the applications to screen size and input devices.

Purism is beating the duopoly to that dream, with PureOS: we are now announcing that Purism’s PureOS is convergent, and has laid the foundation for all future applications to run on both the Librem 5 phone and Librem laptops, from the same PureOS release. 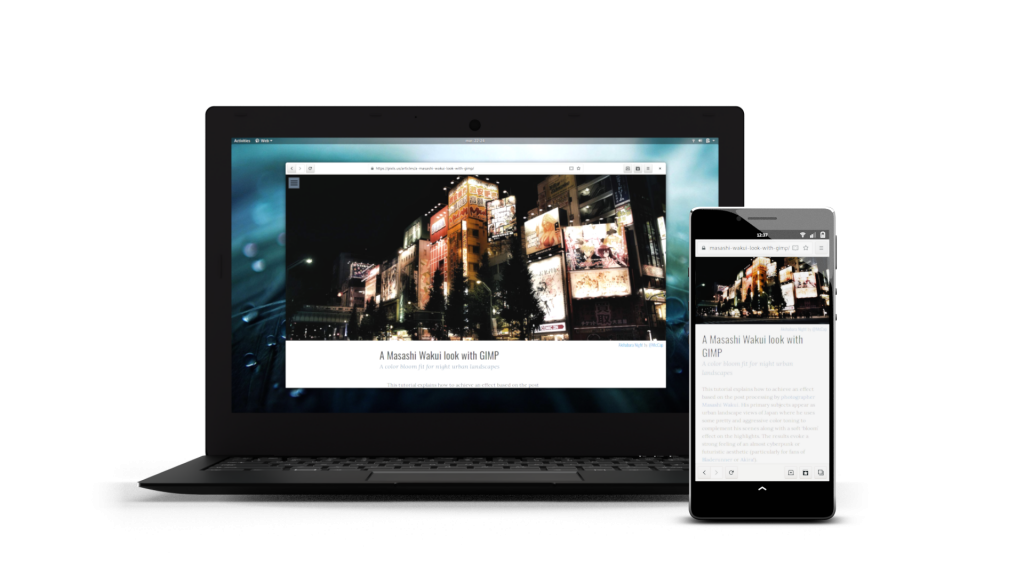 If you’ve ever had an app on your phone that you wanted on your laptop, you’ve wanted convergence. Convergence is a term used to describe the similar functioning of an app across different platforms. Many companies are eager to have their software be convergent, because it brings a consistent look and feel, as well as the exact same functionality for apps that run on your phone and your computer.

Convergence can be really handy, since it allows you to use the apps you’re already familiar with, as well as the data that you’ve already synced. Convergence also brings plenty of of benefits to developers, such as writing your app once, testing it once and running it everywhere.

Since this is the ideal dream, why don’t we have convergence already? Why can’t a person run the exact same app on a phone and laptop today? It turns out that this is really hard to do unless you have complete control of software source code and access to hardware itself. Even then, there is a catch; you need to compile software for both the phone’s CPU and the laptop CPU which are usually different architectures. This is a complex process that often reveals assumptions made in software development but it shows that to build a truly convergent device you need to design for convergence from the beginning.

Reaching convergence is one more checked item on the list that Purism’s founder envisioned when he created the company, specifically to:

“…manufacture a mobile phone from the schematics on up that would run that same ethical operating system.”

How We Got There

The right path to get us here was starting with the “universal operating system” as the foundation of PureOS, Purism’s operating system. Running on so many different CPU architectures is a huge benefit, because very often laptops need a power-hungry and fast CPU, while a phone needs a power-aware, battery-saving CPU. These CPUs are, consequently, designed differently for their different uses, and you often have to “port” or cross-compile software for it to work well on both CPUs. By basing PureOS on a solid, foundational operating system – one that has been solving this performance and run-everywhere problem for years – means there is a large set of packaged software that “just works” on many different types of CPUs.

Purism’s PureOS showcasing adaptive convergent design in a Web Browser — notice as the window subtly resizes the buttons in the application’s header shift to the footer, for a mobile friendly interface.

The above example is already built into the master branch of GNOME Web as a class-based modification to the existing code, allowing it to easily adjust and adapt to the screen size and inputs of both mobile and desktop.

Multiple architectures are not enough to reach convergence however – as most people know by now, there are many important parts in getting true convergence. A good example of the problem in website design space: if you’ve ever gone to a website on your phone that had tiny text which scrolled off your phone screen, you know that a regular web page, designed for a desktop computer, isn’t always suitable for your smaller screen phone.

Web designers now have toolboxes to design web pages, which they adjust for mobile or desktop in order to get easier readability and use. A similar, but far more complex practice, is required for software apps and defined by Purism as “adaptive design”. Purism is hard at work on creating adaptive GNOME apps – and the community is joining this effort as well – apps that look great, and work great, both on a phone and on a laptop. Combining the work of the free software ecosystem with Purism’s contributions means we can target convergence for all our Librem hardware line: both the 13″ and 15″ laptops and the 5″ phone. This means we can get the most out of the ecosystem for the community: convergent apps will be easier to maintain, and therefore easier to secure. They will also be easier to build, enabling a vibrant community to build cool stuff that is free software and protects your privacy.

Purism’s PureOS showcasing adaptive convergent development in Discussions (Fractal) – a matrix chat program. As the window resizes, the column width dynamically changes to preserve a legible line width, until the sidebar and message view don’t fit at the same time. At this point the leaflet folds, only the message view is visible, and a back button is added to the header-bar, to allow navigation to the room list.

Developers can tap into convergence through the tools we actively use, contribute to, and develop directly in the ecosystem. We’ve created libhandy, a mobile and adaptive presentation library for GTK+ and GNOME, which is under active development. Packaged in PureOS and Debian already, you can also use it in flatpaks, simply by including it in your flatpak maniphest in Builder.

We are excited to provide convergence well before any of the other mobile OS vendors. Let’s see how long it takes for them to catch-up. Thank you for your continued support!