Hi Everyone! The Librem 5 team has been hard at work. and we want to update you all on our software progress. These last few weeks have been heavily focused on polishing the UI and bug fixes, in order to get ready for a string of journalist demos.

When we deliver the Librem 5, its software will focus on the most critical applications a phone needs: calls, messages, and web browsing. Some supporting projects will be delivered too, like GNOME Settings, the shell, and GNOME Initial Setup. So without further ado, let’s take a tour through the software we guarantee we’ll deliver, as well as some other applications that have seen some major changes.

We have made a few minor fixes to libhandy, like improving the homogeneity of the login screen buttons. And HdyHeaderBar now has a back button instead of its window decorations if it is placed inside a HdyDialog, to further enable adaptive dialogs.

We made some changes to calls’ UI, to display digits pressed during a phone call and use a libhandy widget to switch between recent calls and the dial pad. Also, messages (error or otherwise) are now displayed for only a short time. An ALSA use case-configuration was added for the devkit’s SGTL5000 sound card, which also keeps PulseAudio from setting the microphone to mute. 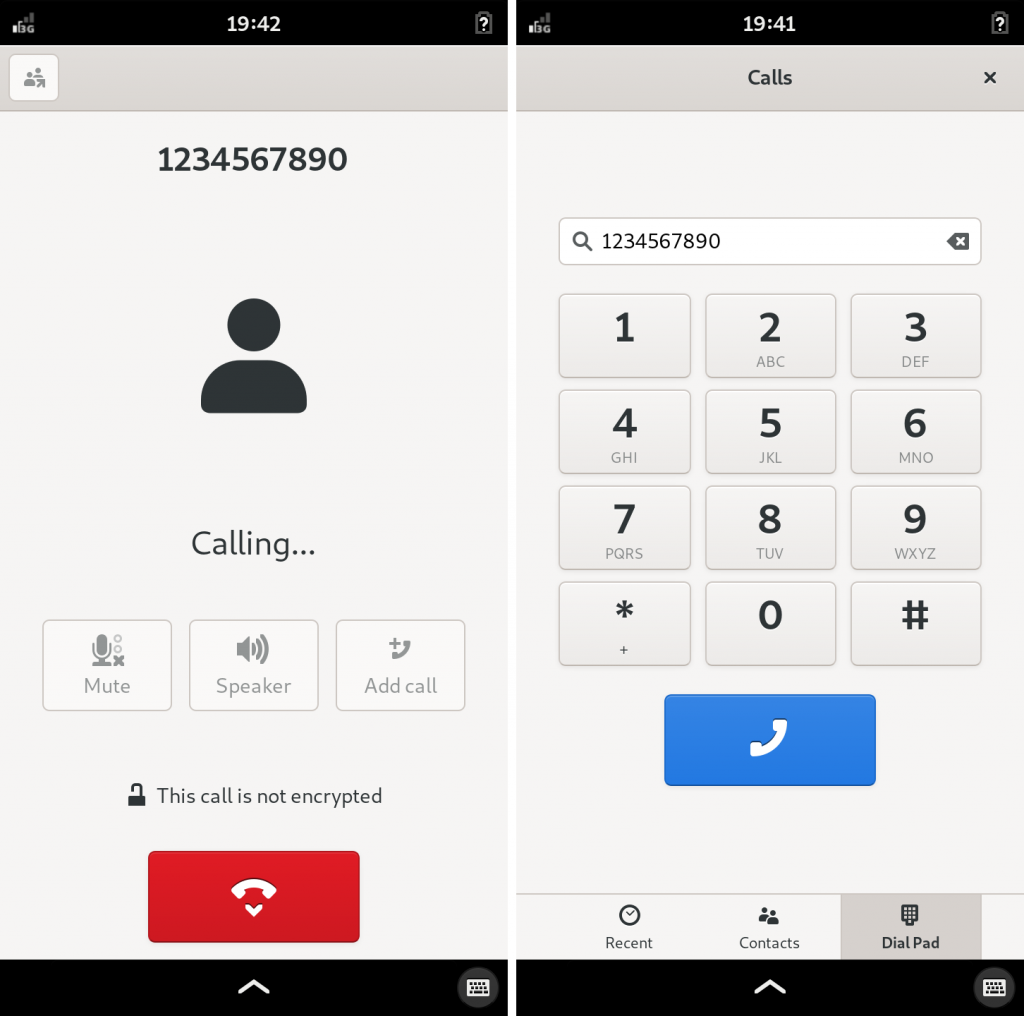 We have also made some minor feature additions to Chatty recently. A --safe-mode option has been added, so that if one of a user’s many accounts is failing, it becomes easier to find which one is at fault. If an account validation fails, there is now an account validation retry; and the about dialog is easier to close. When a new contact is added, the template is cleared of previous info, and the chat history list is now ordered so that the newest chat is at the top of the history. Message list height is now used to improve content placement, and the styling of the message bubbles has also been improved by tweaking the CSS.

We have addressed some severe issues as well: a buddy list-related crash, a history-related crash and a memory leak were fixed. Chatty now waits until the modem is ready, before the SMS account is active–and some remaining purple_log parsing functions were removed so as to fix a crash–thanks to Leland Carlyle for the patch!

Startup connection, reconnection and plugin state have been improved–and an auto-reconnect was added. 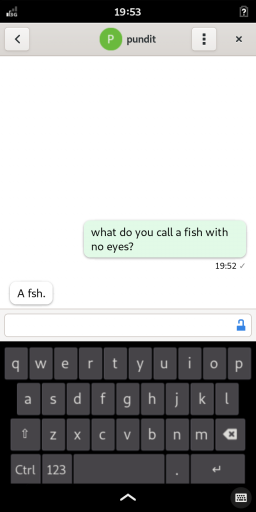 Testing and integration of the Lurch plugin is completed, and it is even being built as a package!

GTK 3 is stable upstream, but we need to make some parts of it adaptive for the phone (e.g. the open file dialog), and so we will ship it with some downstream patches–but we are still interested in upstreaming the changes to GTK 3 (if there is interest), and aim to get them into GTK 4. These downstream changes have been added to our build jobs, so that it is shipped on the devkit image.

Our GTK 3 changes also include a lot of dialog work: the file chooser and about dialogs have been ported to the phone; the message dialog has also been ported to the phone, by making their buttons vertical. Also, transient windows and dialogs with a close-button will now have a back-button instead. Resizable windows (hence, most of them minus message dialogs) will be maximized to fill the screen.

In general, we made a serious effort to overhaul the preferences windows. The history does not overflow the screen anymore, and all the data management dialogs have been overhauled to work better on the phone and look nicer in general (“history”, “cookies”, “passwords” and “personal data” dialogs). Web is now using a mobile user agent too, and most websites look better on the phone.

The tabs popover has been turned into a tabs page, taking the whole window, and it looks great. Plus, the tabs icon has been replaced by a new icon, showing the number of tabs you have open. Thanks so much to Christopher Davis and Alexander Mikhaylenko for these additions!

We are also building WebKit now, to provide rapid scrolling. 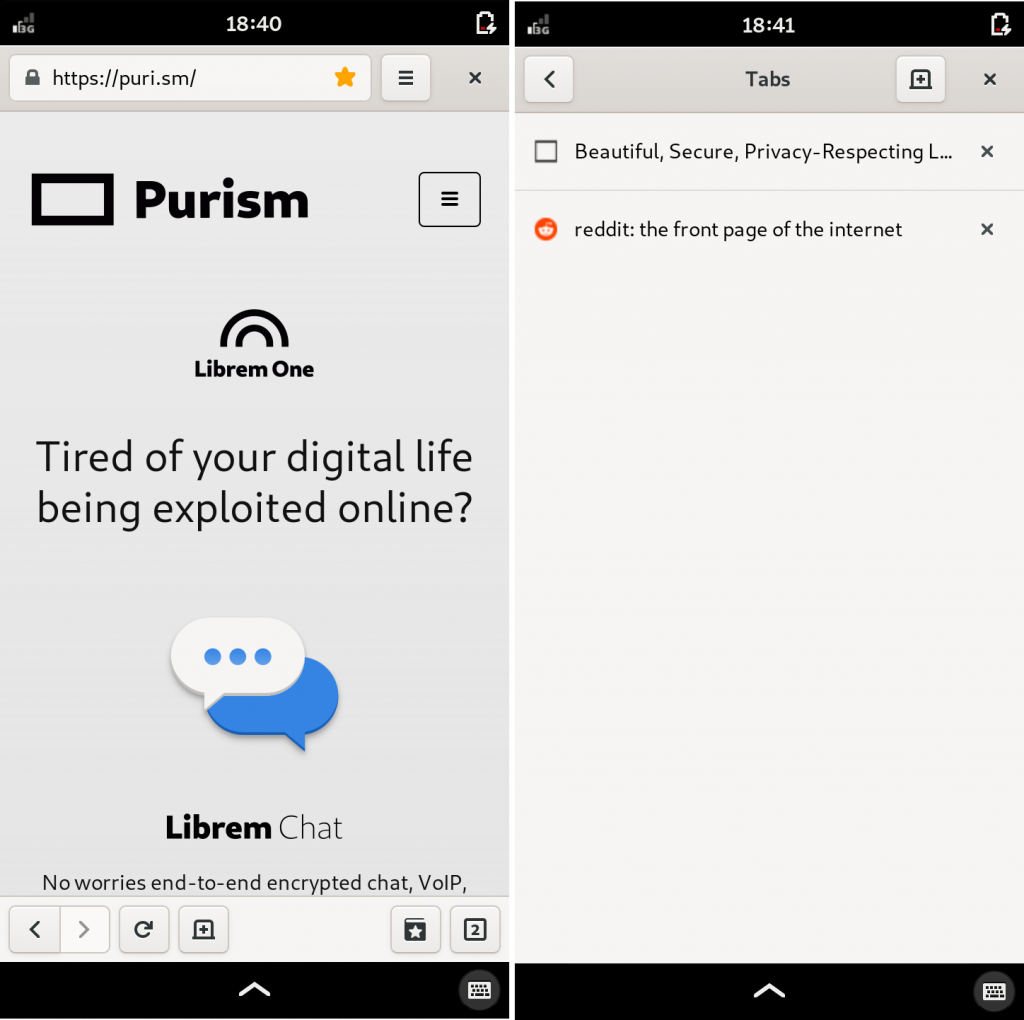 GNOME initial setup has mostly been ported to the Librem 5!

We are working hard to port GNOME Contacts to the Librem 5. One of the issues we tackled was fixing the birthday picker and making it adaptive–and one other awesome change was improving the UX/UI for unlinking contacts. 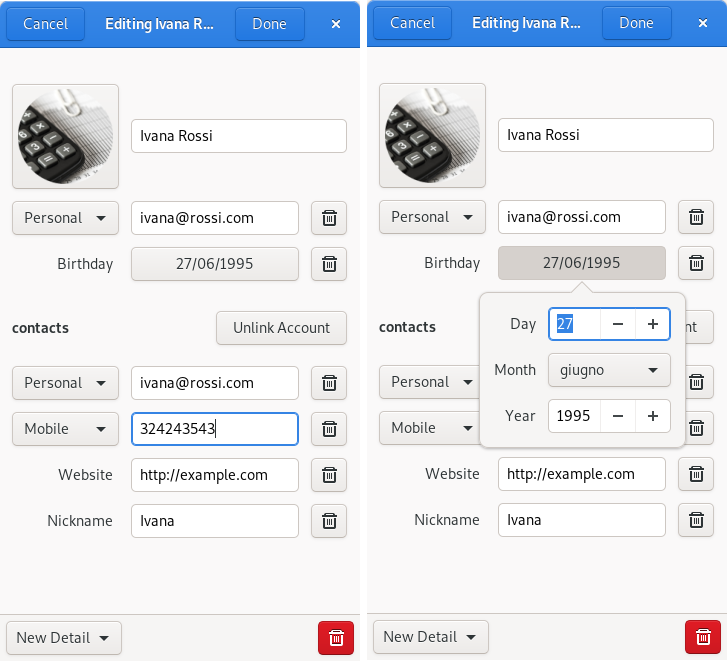 We all know that time is important and cannot be ignored… and that is why GNOME Clocks has been ported to the devkit!

We are currently working on porting GNOME Settings to the Librem 5, and so far, our effort has been mostly focused on the WWAN/Cellular panel (see the cellular panel design); users can now select Network Operator, either manually or automatic, set the allowed modem mode (like 2G only, 3G only, 3G and 4G, etc), and set/change/disable the PIN for their SIM card. The groundwork has also been laid for configuring the APN settings tied to the SIM card, by using mobile-broadband-provider-info and nm-applet APIs, so users can select a default APN via the dialog–and also save them to NetworkManager connections. Roaming can now be set/unset as well. 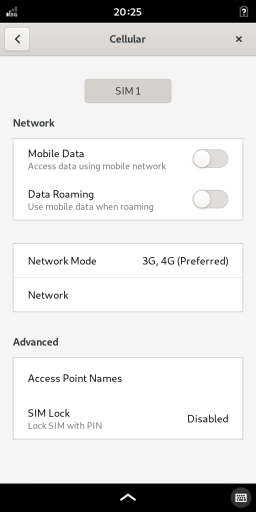 The latest images are now using a 5.2 kernel, have a new keyboard, lots of UI improvements, and more!

We are so happy to tell you about one of the major changes since the last blog post: we now have a new keyboard, squeekboard! 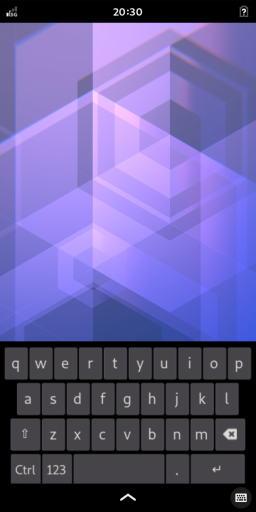 The keyboard now indicates when you’ve pressed a key–many thanks to Hysterical Raisins for helping us prune this issue!

We have mentioned before that the compositor will be switched from rootston to a new phone compositor using the wlroots library (phoc), and now phoc is the default compositor. Phoc has seen some recent bug fixes, like regarding login integration and hiding the cursor when there is no external mouse connected. Touch events are now not lost when destroying a surface.

The look and feel of the shell is always improving, getting closer to what we are familiar with on smart phones–and there have been lots of changes in the shell! Phosh v0.0.3 has just been released, featuring so many of these cool changes!

We also made sure dialogs are now wrapped to better fit the narrow screen, there have been some spacing improvements, CSS changes to phosh (to bring the shell closer to matching the design), and improvements in the system modal dialogs. Many translations have been added and updated to phosh–thanks to the community for contributing them via zanata–and Libhandy is now built as a subproject of phosh, so thanks, Zander Brown, for the patch!

The lockscreen looks much more modern than it did a few weeks ago; we added the date, and fixed an issue regarding WiFi not showing on the lock screen all the time. To keep the lockscreen arrow animation from eating up too much battery, that arrow animation is stopped after 15 cycles. Also, the battery icon now indicates when the board is receiving power too–take a look at the new start screen below, as it now includes the weekday and date! 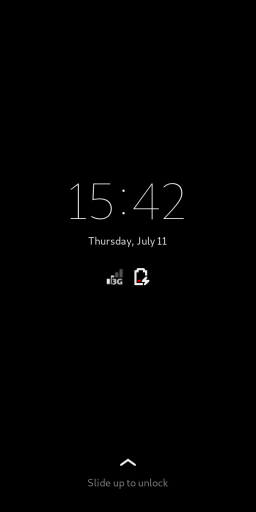 We have been making some changes to the overview too, to make sure the user is focused on the main applications. The system prompter LayerSurface has been made to behave more like regular GTK widgets.

And since wallpapers are important to most of us, there was a focus on the background: we added a PhoshBackgroundManager, and backgrounds have been re-enabled. The background is drawn at full resolution on HiDPI screens, too! Background zoom mode was implemented, background colors are now supported (besides wallpapers), and the background surface has been modified so that it’s not hidden behind a panel in order for a wallpaper to be centered. 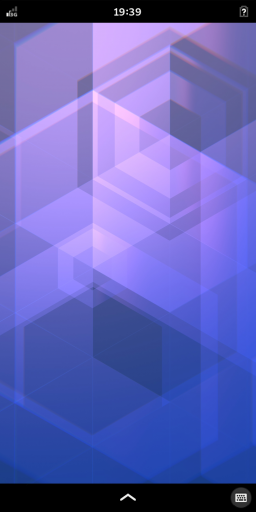 A lot of work has gone into the app switcher too, which has been overhauled–thanks to Zander Brown for all of his work on this! 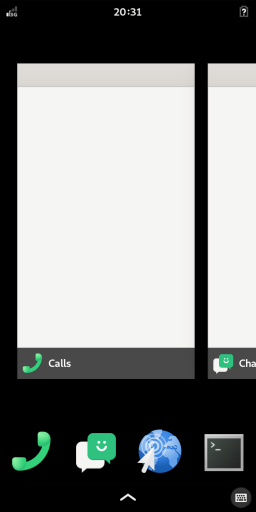 And if all this wasn’t enough, we have fixed a few bugs, such as a pesky pixel offset issue and that annoying flickering on boot that we reduced by changing the lockscreen background to black, since the shell’s background is black too (desktop background is configurable).

Since we upstreamed the devkit’s device tree, the natural next step afterwards was to start on the Librem 5’s device tree–and the first cut of the phone device tree is available here. We also submitted the flash-kernel upstream; both cpufreq and cpuidle are working and there is a noticeable temperature (5-10°C) drop; and when it comes to the graphics stack, one more driver for the imx8MQ display-driver has been merged upstream–only two more to go! We also made some devkit LCD panel improvements, and version 12 of the Mixel MIPI DPHY driver has been accepted upstream!

The guide on setting up WiFi has been improved by us, and we also provide more guidance on debugging compositor crashes and LCD problems now. Some other updates concern the information about simple I/O devices, some additional warnings about battery usage and screen area constraints. Core contributors are also likely to find the new documentation on our package building infrastructure helpful.

This is it for today–a big “Thanks!” to everyone who has helped review and merge changes into upstream projects: your time and contribution are much appreciated. Stay tuned for more exciting updates to come!