As many of you know, the Librem 5 phone will work with two options for your desktop environment, a GNOME based phone shell and Plasma Mobile. Working closely with the KDE community, we were able to install, run, and even see mobile network provider service on Plasma Mobile! The purpose of this article is to show the progress that has been made with Plasma Mobile on the current Librem 5 development board. Here, the setup steps and overcome challenges are highlighted.

The i.MX 6 board started off running PureOS (which, as you may know, is based on Debian testing) with a running Weston environment. Several KDE and Qt packages were needed for the Plasma Mobile environment and a few packages were not available within PureOS so needed to be built: plasma-phone-components, kpeople-vcard, and plasma-settings. For a complete list of technical steps on how Plasma Mobile was setup on the dev board, see this page.

Once all of the necessary pieces were in place, running Plasma Mobile was as simple as a single command: 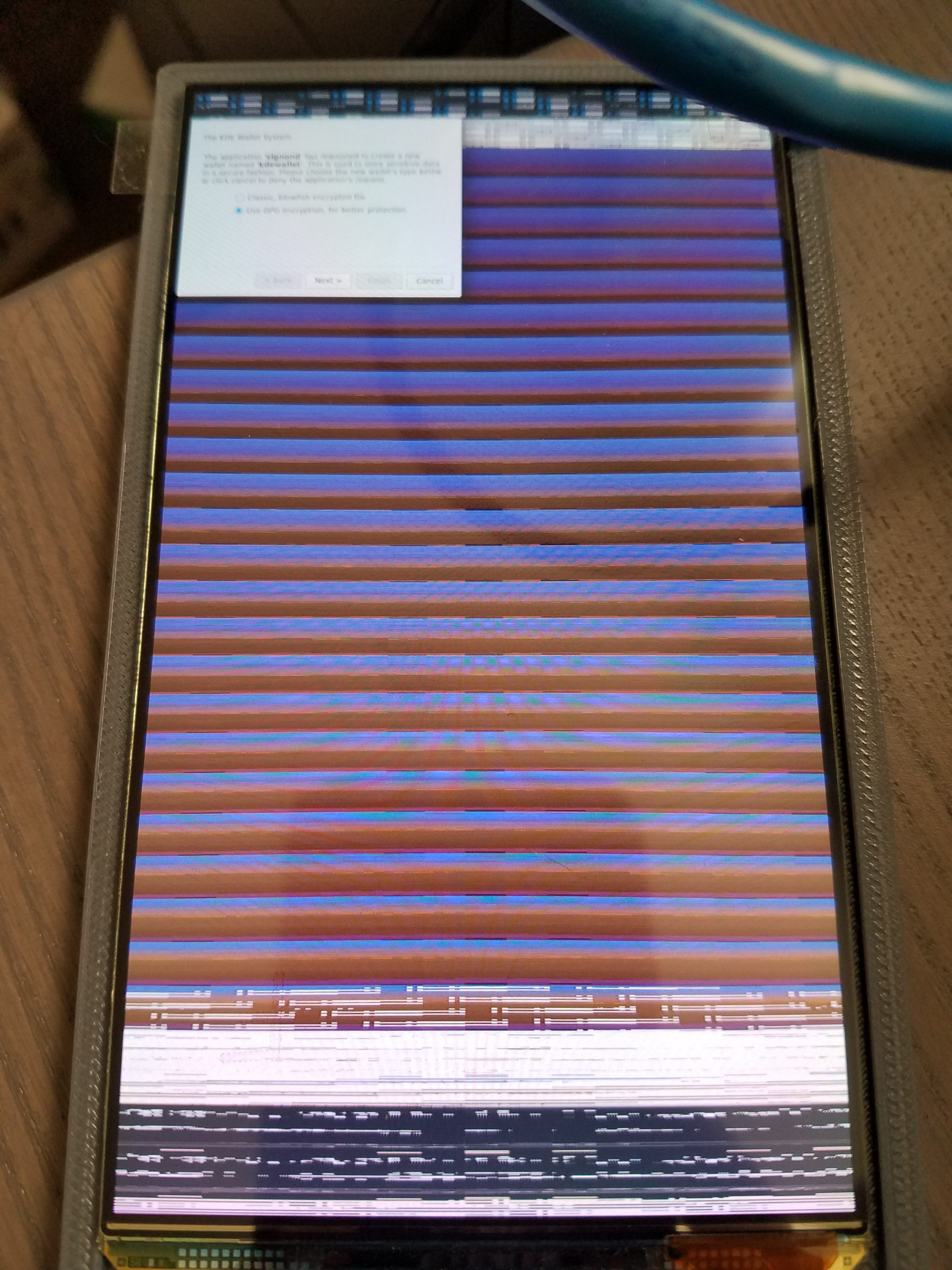 That is when we discovered that the desktop just wasn’t rendering properly. The prototype phone screen looked like an old TV in-between channels. Also sometimes a KDE wallet pop-up window would appear as well (seen in the picture below).

So troubleshooting hats were donned and gdb dusted off. It was discovered that if the export QT_QPA_PLATFORM=wayland line is commented out of the plasma-phone script, then our display issue went away! But the QT_QPA_PLATFORM variable is needed to set the platform to be Wayland. So then the question became, “why is the graphics driver, etnaviv, not working in Wayland mode?”

It turns out that the missing piece was that the zwp_linux_dmabuf protocol was not yet supported in Plasma. For more information on why zwp_linux_dmabuf is needed for Etnaviv driver, check out this announcement.

There already was an upstream bug report tracking the issue, with patches to kwin and kwayland. Thanks to Fredrik Höglund for his work done on zwp_linux_dmabuf.

We incorporated upstream’s patches into our development build of kwin and kwayland and voilà! We were now able to export the QT_QPA_PLATFORM variable and see a beautiful Plasma display! 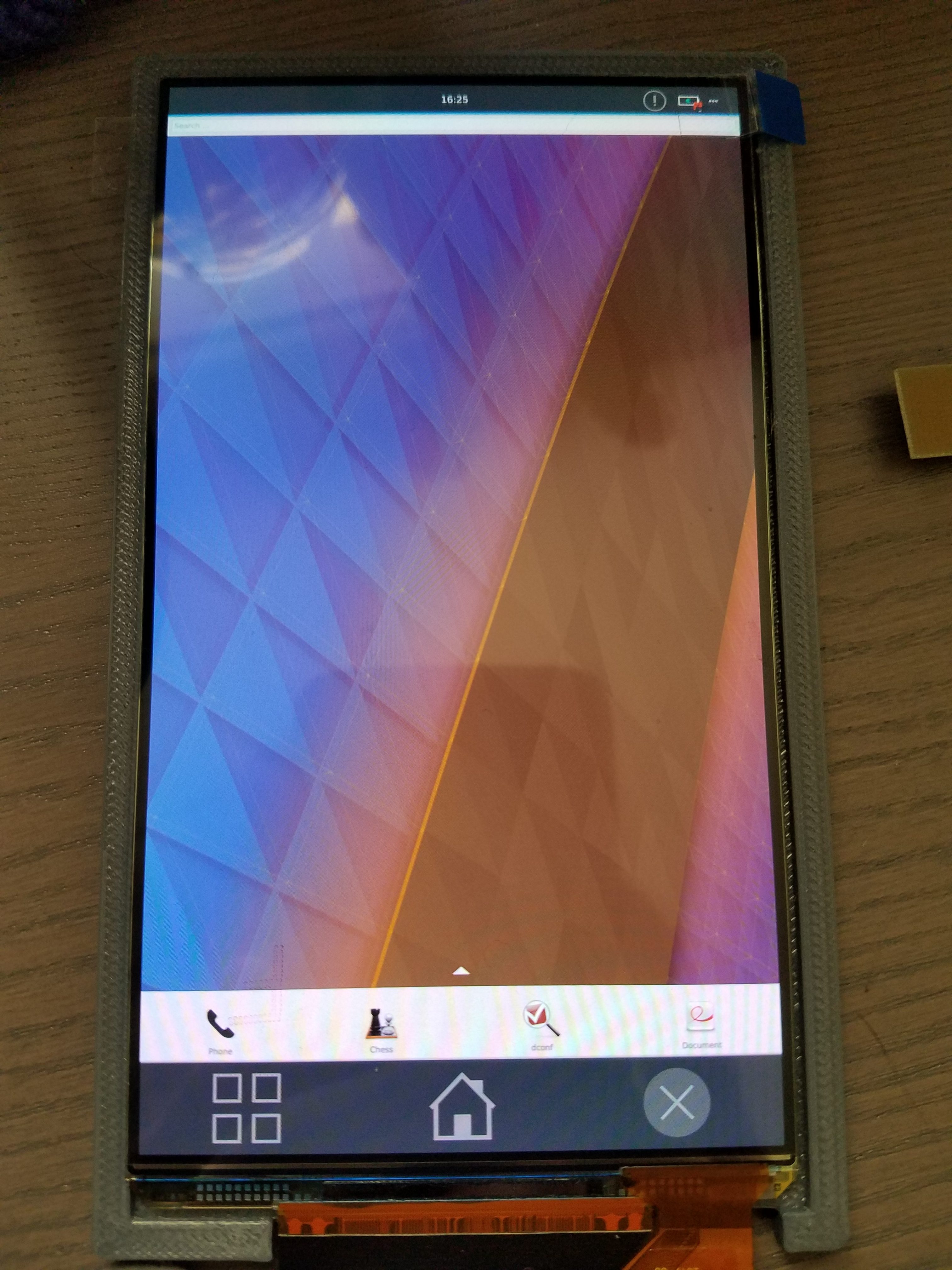 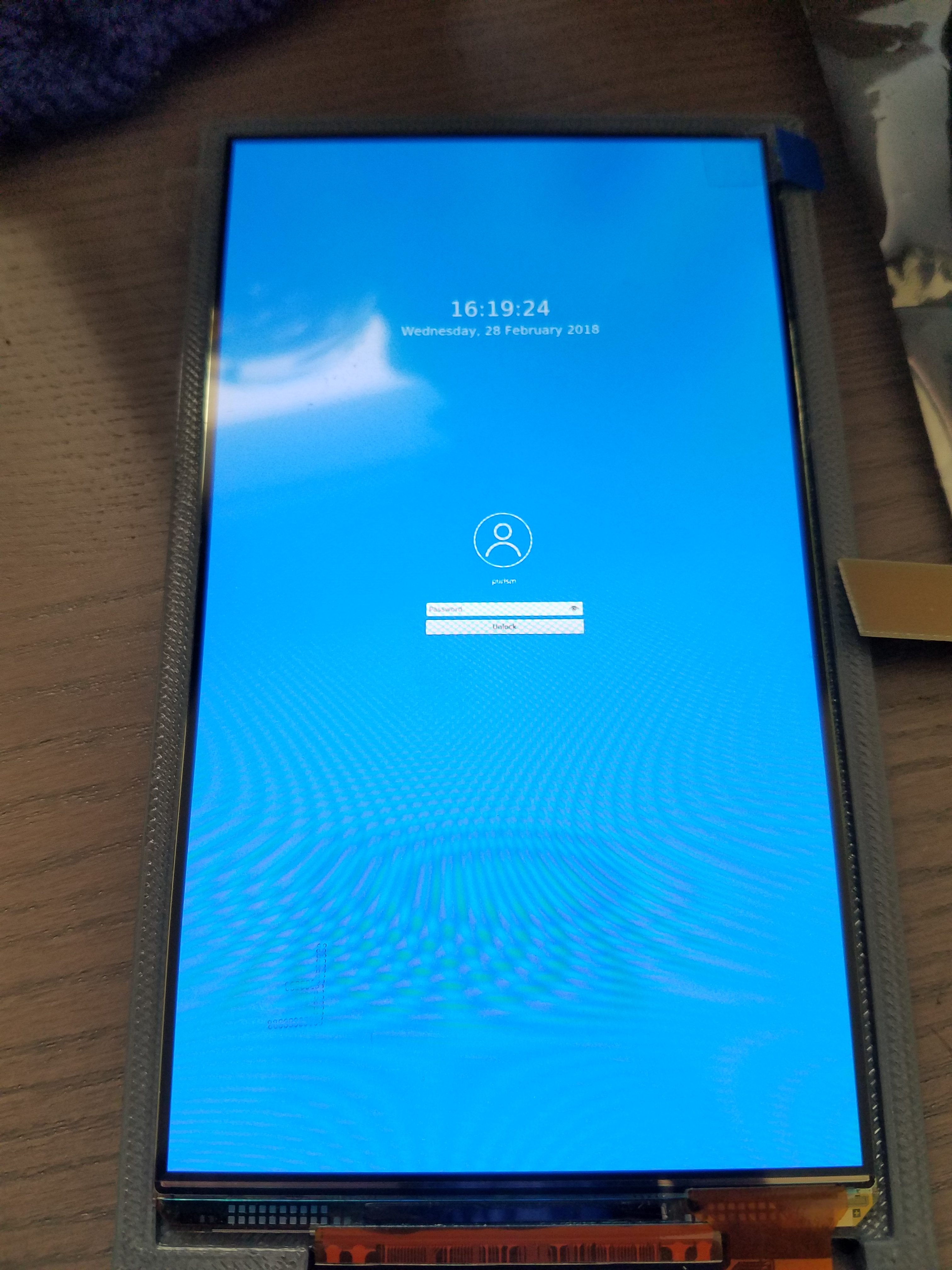 It was obvious that the keyboard worked, because it was possible to type the password to log back in from the blue lock screen. The mouse, however, seemed to be nowhere in sight. However, by moving the mouse around (assuming it’s there and just not visible) and clicking, we saw that it was possible to open applications but only by accidentally clicking the right thing.

The issue here is that if the DRM driver doesn’t provide the cursor plane. There is an outstanding bug report on this issue.

In the meantime however, we can work around this by holding Ctrl+Super keys to draw a rotating circle around the mouse cursor position, as you can see in the video below:

This is good enough for our current needs, since ultimately we will receive the missing touch adapter hardware for the dev screen and we would no longer need to use of a traditional mouse pointer. 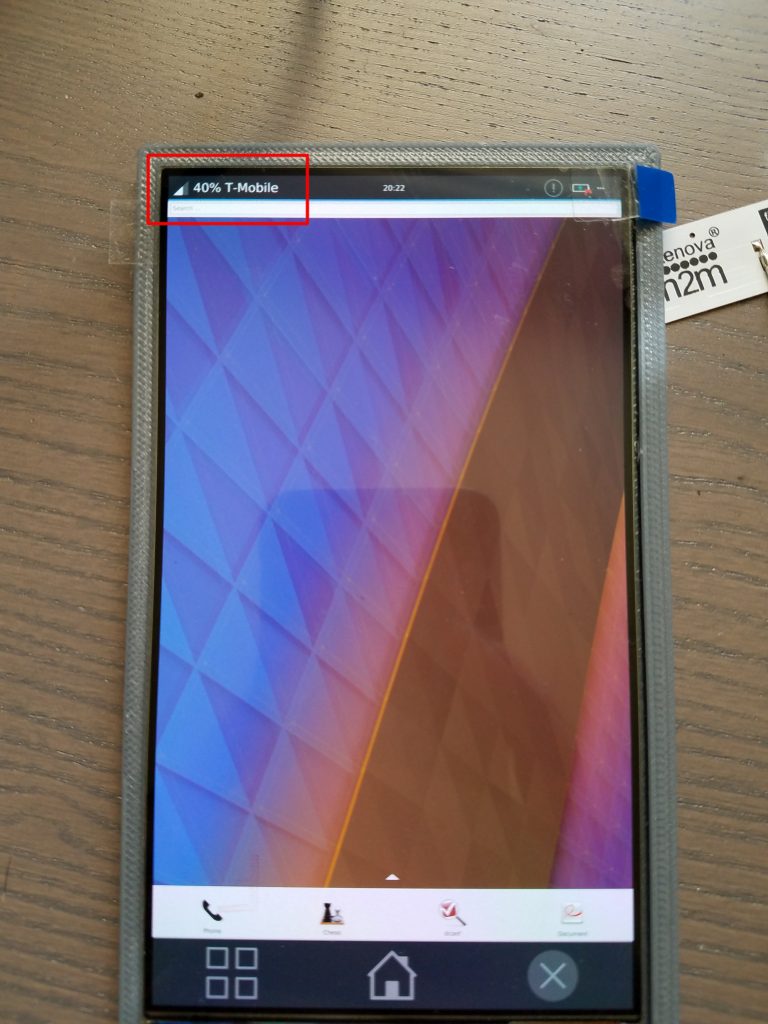 Naturally, the next challenge we attempted was to make a phone call. First, the SIM card needs to be recognized, and the provider information retrieved from the modem. This required additional packages, some of which needed to be built from source. To actually get the Sierra Wireless MC7455 to recognize the SIM card, a PIN needed to be sent, modem brought online, and antennas attached. Then, when Plasma Mobile started, we were able to see the mobile network provider signal strength in the top left corner!

Due to the modem we currently have installed on our i.MX 6 board, phone calls are not supported so we could not fully test that part yet. But don’t worry, the Librem 5 will have a modem capable of actually placing phone calls 😉

One step closer and 9,000 kilometers across

From 27th of February to 1st of March, Todd and Nicole visited the Embedded World electronics supplier trade show in Nürnberg (Germany) to meet with potential parts suppliers, especially with representatives from NXP and distributor EBV Elektronik. Furthermore, we had productive meetings with suppliers for WiFi, BlueTooth, and sensors, and also talked to a number of board makers and designers.

This visit and the talks prepared us well for our next trip, this time to Shenzhen, the silicon delta of China. We have made appointments with a number of suppliers that are interested in cooperating with us on the Librem 5 phone project as well as on other hardware projects. We will have an extensive two week meeting marathon in order to narrow down the choice and pinpoint the best suppliers for our project.