To Byzantium and Beyond

PureOS has had some major changes in 2021

PureOS 10, codename: Byzantium, is the new stable release of PureOS. PureOS 10 is likely not a newcomer to everyone, it’s been around for a while as a rolling release or a “testing” release. It has been shipping on Purism’s new hardware. We’ve moved our kernel forward. We prefer to take the upstream, mainline, package kernel as that offers more stability and features for PureOS users. 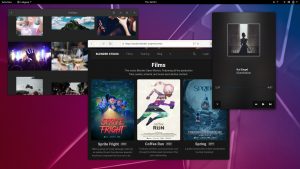 Convergence is About Putting the User First

Convergence gives the user the same interface and functionality regardless of the device they’re using: a laptop, desktop, or phone. With the release of PureOS 10 we’ve managed to bring in many of the design changes required by the demands of convergent software. We’ve worked to synchronize many of the changes that the Librem 5 team have made to a whole host of applications to make apps convergent.

The goal with convergence is to put the user first. This means the software interface should be designed around the user. When the mission is to be user-centric, we abandon the dark patterns and surveillance capitalism that appears to be the driving force of some companies. Design becomes simpler and elegant. PureOS puts the user first.  We’ve designed the software to be easy to use, with sane defaults, and a consistent look and feel across devices. We’ve adopted this design approach and it’s not just skin deep – we develop PureOS to be convergent not just in look and feel but in functionality to be the system we run everywhere. Other companies build separate versions, or even separate operating systems for their devices which captures your work in a proprietary format or harvests your data to sell you advertising. That’s not our approach.

Highlights of the many packages that have been updated

Many of these changes won’t be noticeable to an ordinary user who just wants to get their work done or read their email safely. However, these features bring together Purism’s core values of freedom, security and privacy.

Thinking inside the box

Purism, like any software company, uses containers in software development. There are a number of ways we use them – for cross-platform development, ensuring convergence works on all our platforms, and for providing developers an up to date set of fully integrated dependencies, similar to an SDK.

Like all software we provide, the goal is to make our containers easy to audit. This has been a clear and consistent message from Purism leadership. To audit PureOS software, we provide all the source code. Now, with the Reproducible builds project, one can rebuild the source code and get a bit-for-bit identical build, thereby providing assurance that this source code builds that binary. This strengthens the security of the supply chain when you know that each stage along the way the artifact that you’re using can be recreated. As we work to ensure reproducibility in all our build artifacts, we focus on a mantra of “trust but verify” which we feel encapsulates the benefits of reproducible builds. Towards that end, we’d like to describe how we build our containers and invite you to use this approach to verify our build.

You can view the process of verifying our reproducible container builds on our wiki.

Next Up for PureOS

In 2022 we’ll endeavor to continue to build our ISOs reproducibly. There have been some recent attempts to do this in upstream projects but we are planning to introduce a reproducibly built ISO for testing and experimentation in the coming year. This is detailed work and is state of the art but it is on the horizon.

We also are in the early stages of planning a new testing release which will hold the latest software packages. We’re still working on the supporting infrastructure but are optimistic that we’ll have something to share in the near term.