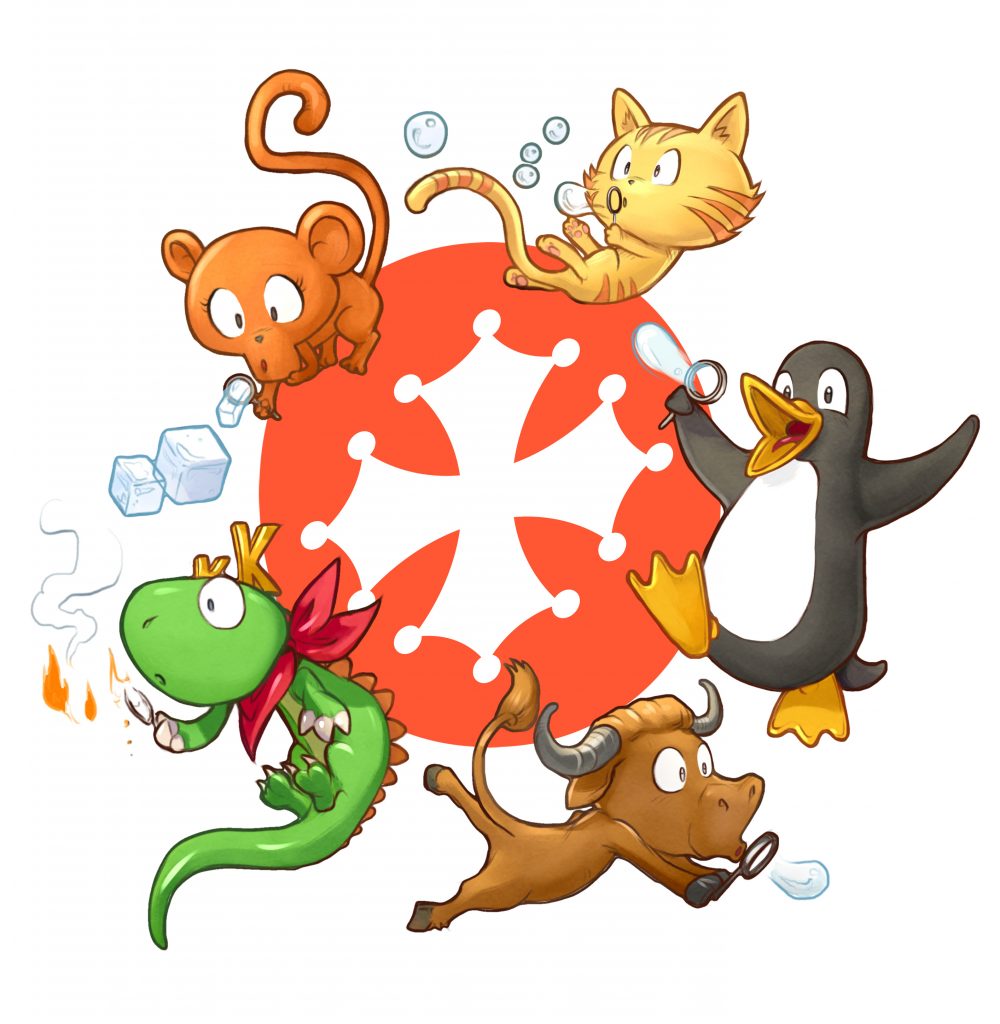 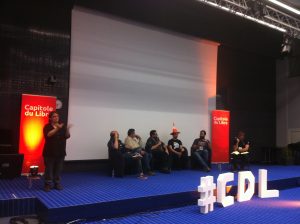 A few days ago, I was at Le Capitole du Libre which is one of the main free software events in France. The event was a real success for everyone involved. There were more people than last year, the organization was amazing and I had a very good time with some very nice people.

There were many interesting talks and workshops ranging from purely technical to more philosophical and political subjects like “The Current State of Free Software in our Society”, which was the closing day debate on Saturday evening. It involved great names from the French free software community. As you can see from the picture, the talk was accessible to the deaf and so the event had a few sign language translators present. Big thumbs up for that!

Jonas, from the Purism team, joined me to give a talk as part of MiniDebConf (an event within an event).
As for myself, I was representing Purism with a booth that was showing the Librem 13 and Librem 15 as well as promoting the upcoming Librem 5. 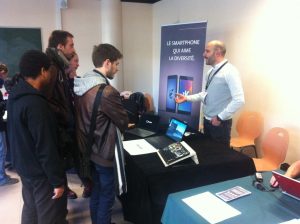 There was a lot of interest for the Purism booth and a lot of excitement for the Librem 5. Over the 2 day event I hadn’t stopped answering questions about our products and philosophy.

This issue is slowly making progress as we currently have a reseller in Germany who is at this time not able to deliver outside of Germany. Regarding the reseller, I want to clarify that I may have given some people the impression that their prices were the same as in the USA, but this is not the case. I didn’t have those prices with me at the time of the event, and the prices in Euros are indeed including the German VAT. I am sorry about the confusion.

We are still in the process of finding a reseller who would deliver to France and other European countries and I suspect the French keyboard layout will happen concurrently with that. Hopefully, these changes will happen some time in 2018 as the Laptop sales and the demand in Europe keep growing.

Anyway, as I mentioned during the event please don’t hesitate to get in touch with us through our forum or by email if you have any questions or feedback.

Thank you everyone. I had a great time. See you next year! 🙂