We are delighted to share that early yesterday we shipped the first Librem 5 Birch devices to backers. US backers should start receiving their devices throughout the day and international backers can expect theirs within a few days. The Librem 5 is just one part of our mission to give the world ethical alternatives to Big Tech products and services that respect your privacy and security. From myself and the rest of the Purism team we would like to thank you for your support and your belief in us, by doing so you’ve made it your mission too. 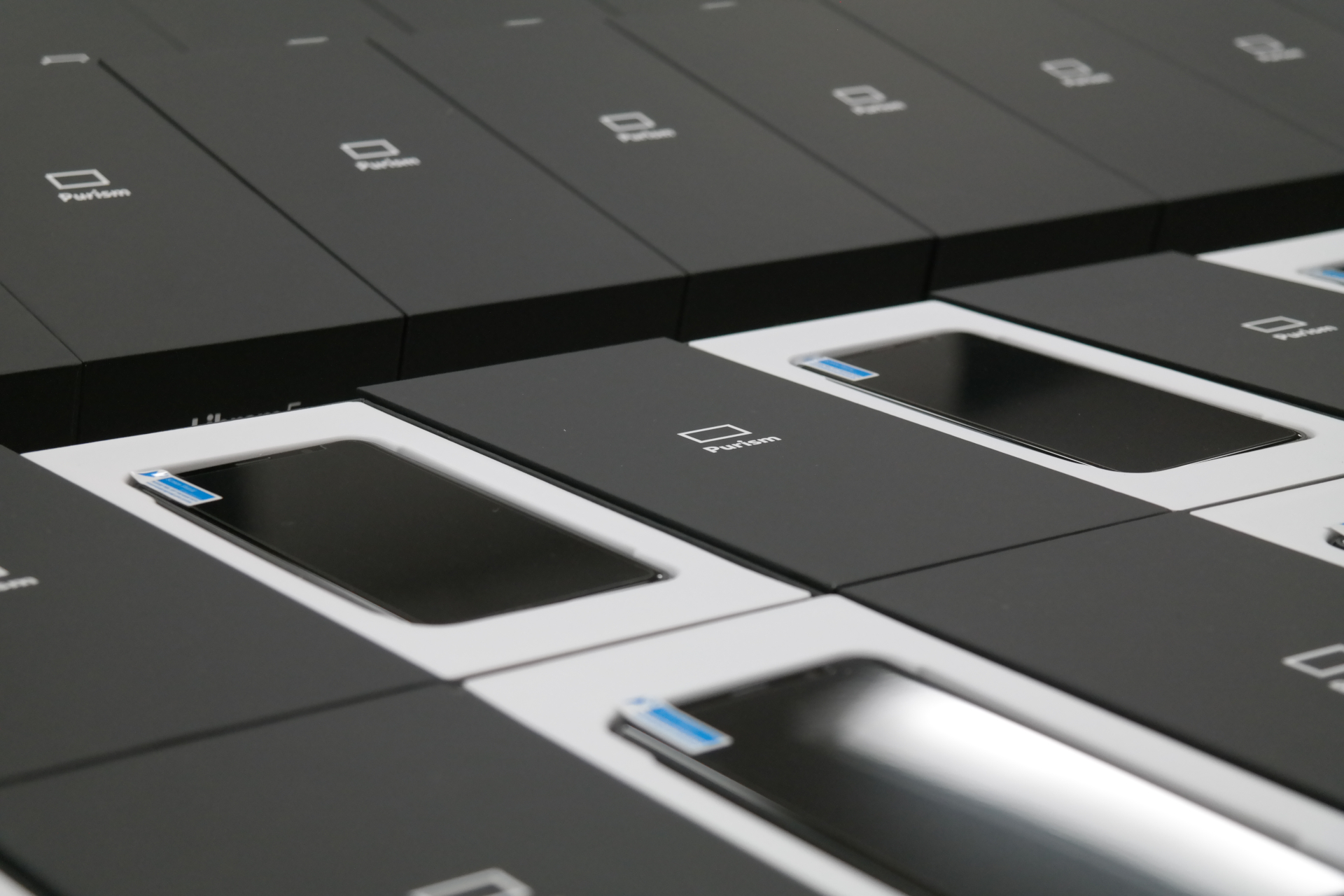 We made a number of hardware improvements from the Librem 5 Aspen to the Librem 5 Birch batch. We have a much improved antennae design, shield protectors across all components on the PCBA, rubber bumpers to help tighten up the fit of component placement, strong clips to secure the WiFi and Cellular cards, shorter cables to clean-up the cable routing, tighter overall tolerance, improved thermal dissipation into the case. To say that we are proud of what the team was able to accomplish in the short time since our last batch does not do them enough justice. 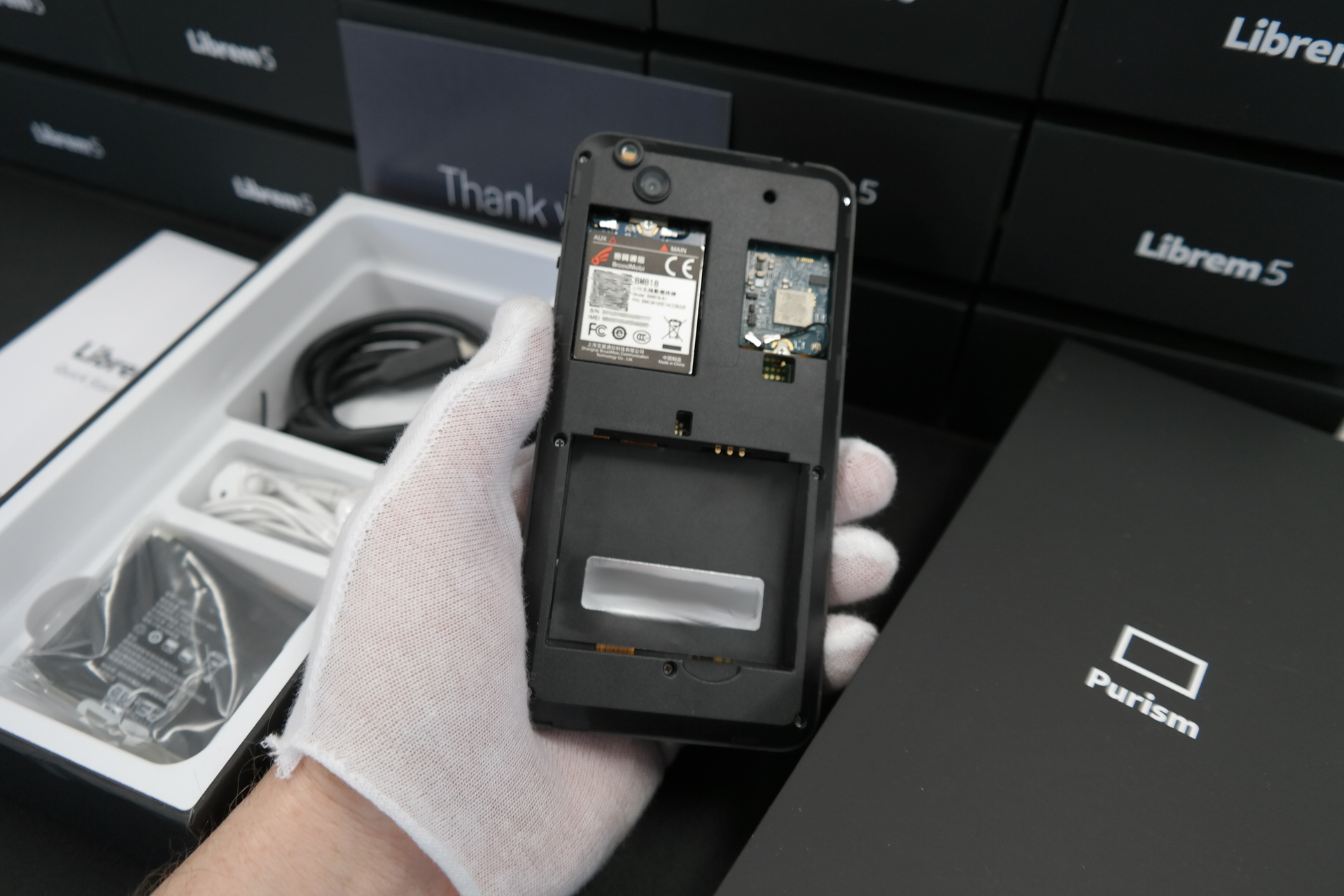 The largest area new Librem 5 owners will see is the rapid pace of software and kernel development to greatly improve thermal management and power consumption. It is an area with a lot of opportunities to make significant development; mainline Linux and power optimizations on the Librem 5 are green-field opportunities to see giant leaps forward now that we have the hardware in the field. An analogy which may help those who don’t follow the depths of hardware and software innovation, the Librem 5 hardware is sprinting around a track (when it should sit idle until you need it to sprint for a millisecond), so utilizes a lot of power; power equals heat, so you will see a lot of great “better ways to do nothing” while we ask the CPU, RAM, Radios, to all idle to save power and in turn save heat.

If you speak to long term Purism customers they will tell you that we are always constantly improving our products. What we ship today will be better tomorrow and the day after that through software upgrades.

When we created the first crowdfunding campaigns for our Librem 15 and Librem 13 laptops, we announced we would replace the existing proprietary firmware with coreboot and disable the Intel Management Engine. At the time some people criticized us not only to say that we couldn’t do it, but that we didn’t even intend on doing it.

This is why we’ve pledged to offer life time software updates for the Librem 5. We want you to be using your Librem 5 for years to come and this is also echoed in the hardware design with a modular and easy to replace components.

Another humorous example of delivering and updating is when we were deciding to ship our Librem 5 devkit (to developers) in 2018 we confirmed that the screen hardware worked, but the kernel and graphics stack needed more development by our team; rather than wait we told backers that they will get the hardware, then do a future software update to get a working screen (it was a devkit afterall 🙂 ). We subsequently released the software to bring the screen up, and have continued to make improvements rapidly.

Turns out while testing we confirmed the Librem 5 Birch devices have two software issues (outside our larger roadmap of enhancements): a delayed power-up process and a call audio routing bug. What does that mean for Birch backers receiving their phone now? To turn on your Librem 5 disconnect it from a power source and hold down the power button until it turns on. Currently calling is established (e.g. both sides connect fine) but audio is not routed (no voice heard or sent), this will be a few days until the bug is fixed. We will notify Birch backers as soon as an update is ready. To check for updates for your Librem 5 open the Software app and go to “Updates” tab.

Lastly we are constantly making improvements to thermals and power consumption. With the current software image Birch devices will throttle and run through the battery quickly but we decided that we still wanted to get them into the hands of backers so that they can be part of the journey and experience the weekly progress our team ships to you. Over the coming weeks and months we will add software support for more hardware such as camera, video out etc.

All of us at Purism can’t wait to hear what the community thinks of the progress we’ve made. We know there are some rough edges and that it currently isn’t an Android or iOS replacement (although it is for me). Two years ago we took on the mission of building a phone on a CPU never put in a mobile device, running PureOS, and writing the mobile bits of the OS, to give people the choice of a truly freedom and privacy respecting phone. Today we are one step closer to realizing that goal. Thank you to everyone who believed in us and stuck with us during the challenges. Here’s to many more shipping announcements and Librem 5 software updates.