Purism Meets Its $1.5 Million Goal for Security Focused Librem 5 Smartphone One Week After Surging Past the 50% Mark 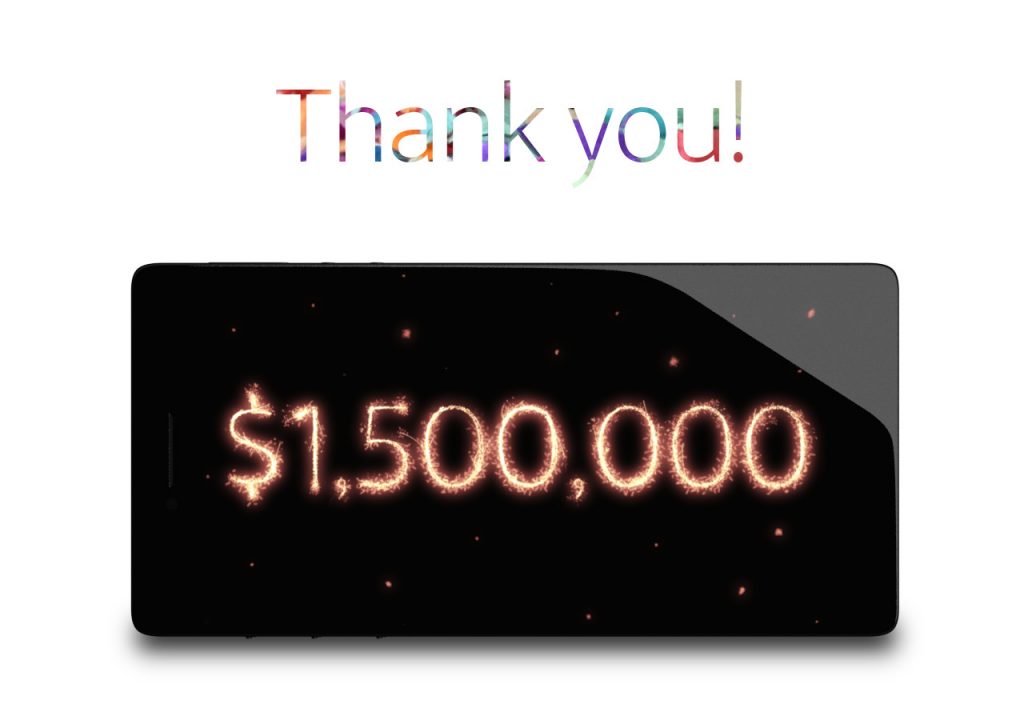 SAN FRANCISCO, Calif., October 9, 2017 — Purism, the social purpose corporation which designs and produces popular privacy conscious hardware and software, has reached its $1.5 million crowdfunding goal to create the world’s first encrypted, open smartphone ecosystem that gives users complete device control, the Librem 5. After amassing incredible support from GNU/Linux enthusiasts and the Free/Open-Source community at large, forging partnerships with KDE and the GNOME Foundation in the process, Purism plans to use the remaining two weeks of the campaign to push for its stretch goals and start working on the next steps for bringing the phone to market.

Reaching the $1.5 million milestone weeks ahead of schedule enables Purism to accelerate the production of the physical product. The company plans to move into hardware production as soon as possible to assemble a developer kit as well as initiate building the base software platform, which will be publicly available and open to the developer community.

Breaking away from the iOS/Android OS duopoly, the Librem 5’s isolation-based security-focused PureOS will offer basic communication services: phone, email, messaging, voice, camera, browsing, and will expand after shipment and over time to update with more free software applications, through shared collaboration with the developer community (not “read-only open source”, but true free software collaboration). In addition to the ability to integrate with both GNOME and Plasma Mobile, the $599 Librem 5 will come equipped with hardware kill switches, a popular feature in Purism’s laptops, that allow for users to turn on and off the camera, microphone, WiFi and Bluetooth at will.

“We are thrilled that the community has supported us in making this goal a reality, and now comes the real work of bringing the Librem 5 to production and into the hands of our backers,” says Todd Weaver, Founder and CEO, Purism. “We believe we’ve demonstrated a growing interest in technologies that proactively protect and secure our digital identities, and are proud to be a part of catalyzing this movement.”

The impressive milestone has already generated celebration in the community:

Massive congrats to @Puri_sm — they reached their crowdfunding goal with 14 days to spare! #linux #opensource pic.twitter.com/Ss85ChPG0E

LOVE my @Puri_sm Librem 13 and now the Librem 5 phone is happening. It's a great day for #privacy and #security. Go and support the effort!

#Freedom is coming! Keeping an eye on the @Puri_sm Librem 5 the phone that focuses on #security by design and #privacy protection by default