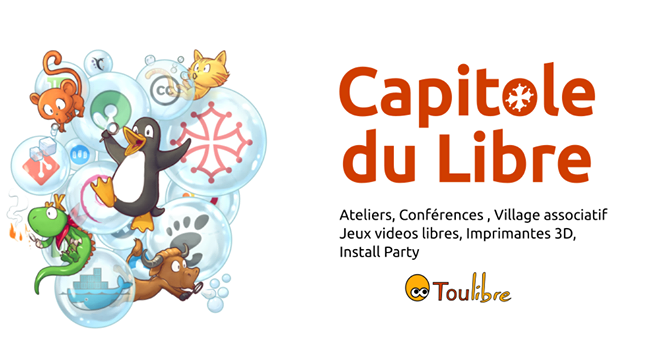 On the 16th and 20th of November, Adrien Plazas and I had a booth at the French Free Software event “Le Capitole du Libre” in the city of Toulouse. It was the first time the event was taking place since 2019. As for the previous years, this edition was a success and we have met a lot of people during the two days. In this blog post, I will give a short summary of the most frequently asked questions.

Some visitors didn’t know Purism so we went through explaining our philosophy about making computer devices that respect people’s digital rights to privacy, security and freedom. We were demonstrating the Librem 14 as a powerful laptop for creative tasks (as it is what I do) with its 12 threads CPU and maxed out 64 GB of RAM. People could see and try the laptop in real life. In order to catch people’s attention, it was live playing videos that were showcasing the features of the Librem 5 which ended up to be what most people were the most interested about.

“That is just amazing! I want one!”

Next to the Librem 14, we had a couple of Librem 5s along with a dock that was attached to a mouse, a keyboard, and an external 32″ monitor. It was a unique spot in the exhibitor area where one could see and try a free software phone being attached to a dock, launch GNOME Builder in full screen on the external monitor, build an app with it, try it on the big screen as a desktop application and drag it to the phone screen to test it there. Then, detaching the phone, testing the app in the palm of the hand, putting it back to the dock, getting GNOME Builder back on the big screen etc. Aside from a few glitches from compositor, that worked so smoothly and most people were really amazed by that.

Big thumbs up to the whole Librem 5 and PureOS teams for what they have achieved! It is incredible and while doing the demonstration with Adrien, we realized the amount of work that was put into this entire project in order to get there. Of course there is still a lot to do but it is the beginning of something big, I do believe!

“Now, why is it so expensive?”

We had a lot of questions regarding the high price of the Librem 5 compared to other smartphones on the market. Some people where unhappy with us regarding the prices but some changed their mind as I explained that unlike some other manufacturers, Purism is not “throwing” some hardware into the wild while waiting for the community to do the hard work. We are heavily investing in the Free Software and Hardware world by contracting and paying engineers from GNOME, Debian, Linux etc. to contribute to all those projects upstream.

Therefore, the price of the product is not just the price of the physical hardware, but it represents what should be the real price of a high technology device made from scratch and in which development is driven and financed by the people to be given back to the people through Free licenses. Purism is a Social Purpose Company where the customer is the investor owning the technology.

As Kyle Rankin, the President of Purism, says, you have the power to “vote with your wallet” for the future of technologies, so at the end of the day, what do you want to invest in?

We also had a lot of questions regarding the current state of shipment and delays, which Kyle covered some time ago and which should get updated soon. Now, the Librem 5 USA ships within 10 business days and you can save $100 if you buy a Librem 5 USA before the 5th of December.

See you at the next one!

All in all, we spent a very nice time at the event and enjoyed talking to so many people at the booth.

We hope to see you at the next event! 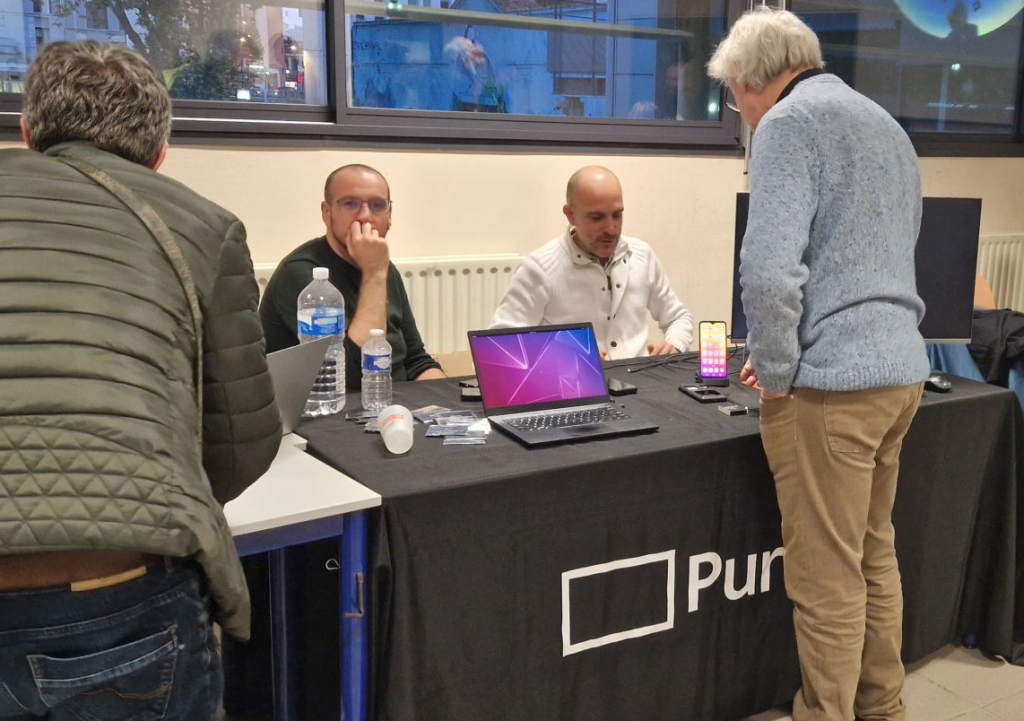