[This is part of a series by our guest blogger Tre Scranton covering video creation on the Librem Mini. To read part 1, covering transposing content over your media and using chroma key – click here] 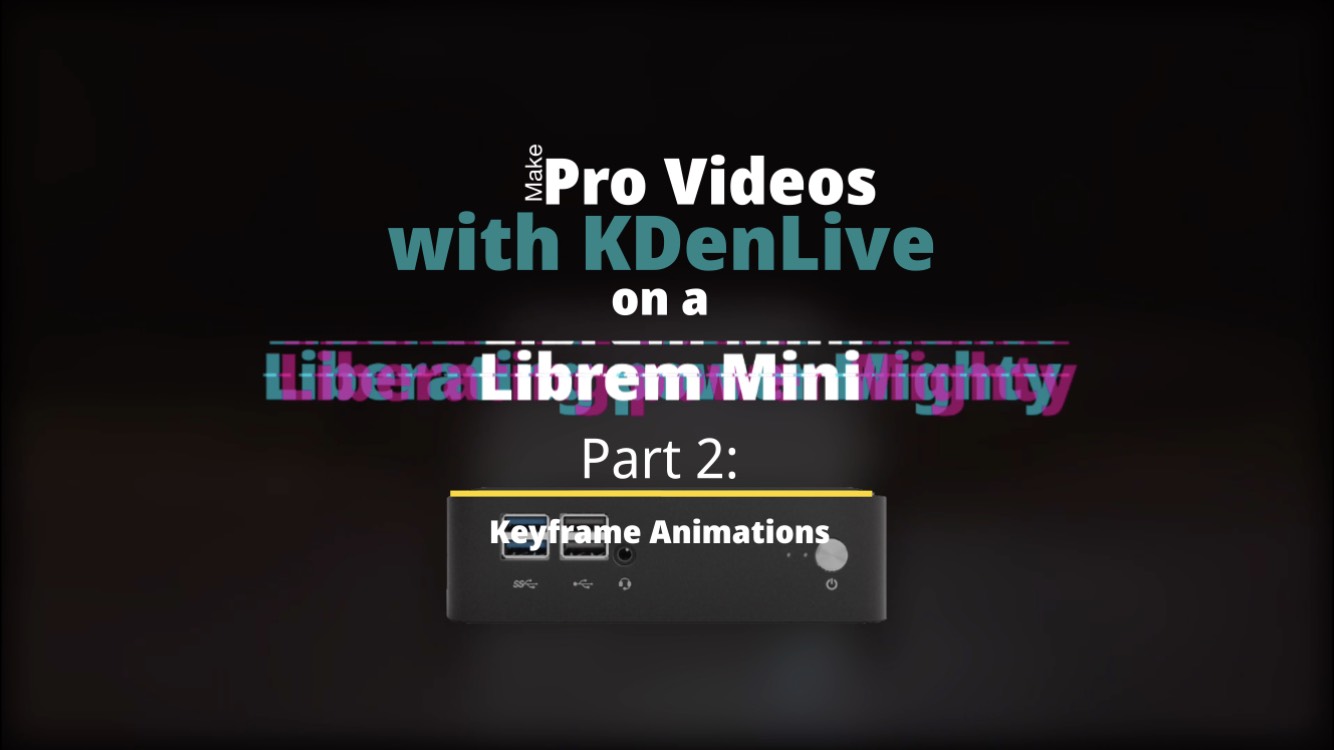 Last week we introduced you to a premier workflow for film editors and videographers using free software and freedom-respecting hardware – the Librem Mini and a video editing suite called KDenLive. We also dived into the features of KDenLive and how to achieve certain tasks like using chroma key to remove backgrounds and place objects in new environments. In this article we are going to focus on another important video creation task: keyframe animations.

In the video below, we will demonstrate how we achieved a visual in a promo video displaying the workstation power of the Librem Mini, during a transition from a KDenLive screen recording and video footage of a colorful miniature train ride for children on display. Using an image of the minature train captured in a screenshot of the very first frame in the video, I was able to animate the train over the footage of the prior scene to create a captivating custom transition. 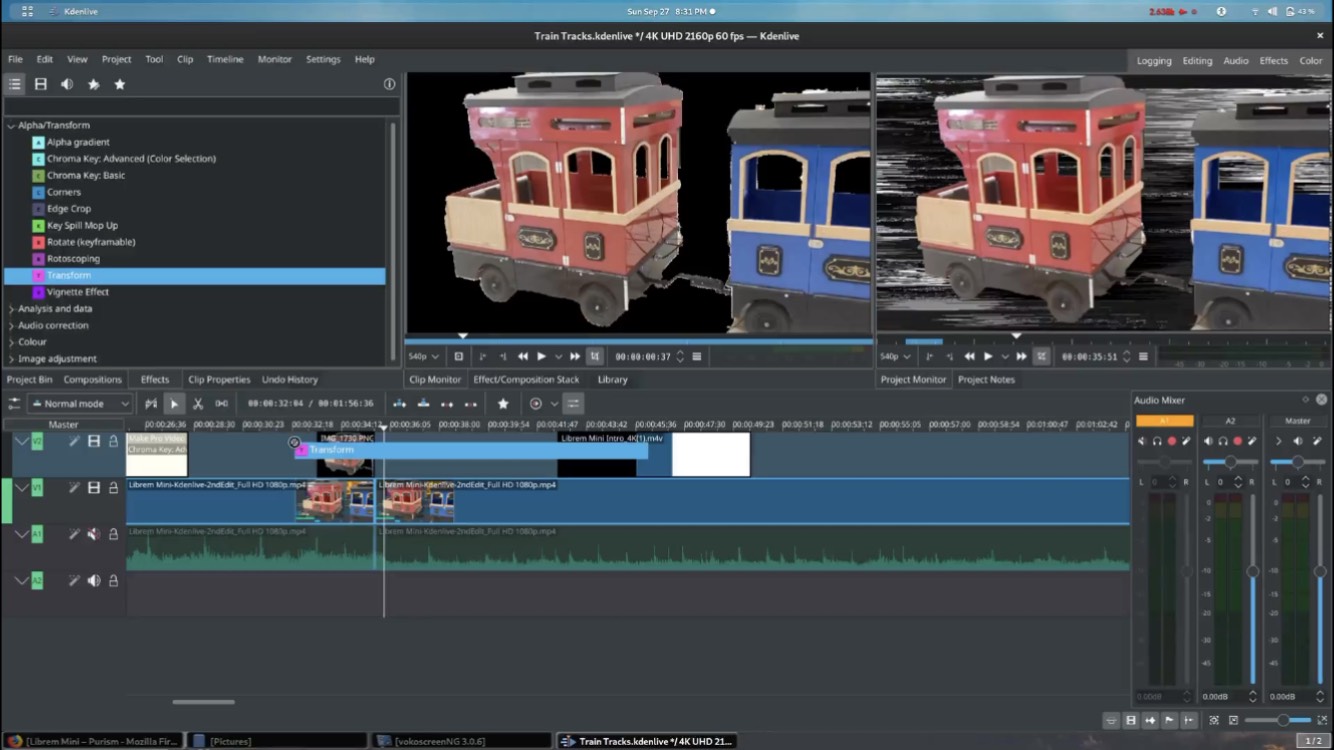 Check out our 2nd video covering keyframe animations below:

Tre Scranton is an open source advocate, electronic musician, and writer for LBFQ. He likes researching about current practices in the Cybersecurity and Data Analytics fields.