The Librem 5 software team have shared monthly updates throughout 2019 but we wanted to highlight some of the big achievements here.

As of 2019 we’re shipping a phone with a GNOME stack that has essential phone functionality. Work is ongoing to feed all that back into upstream GNOME (contacts, folks, gnome-settings-daemon, gnome-control-center (wwan panel), gtk, gnome-bluetooth, …) with gtk4 having to absorb the necessary libhandy widgets being the biggest block for 2020. 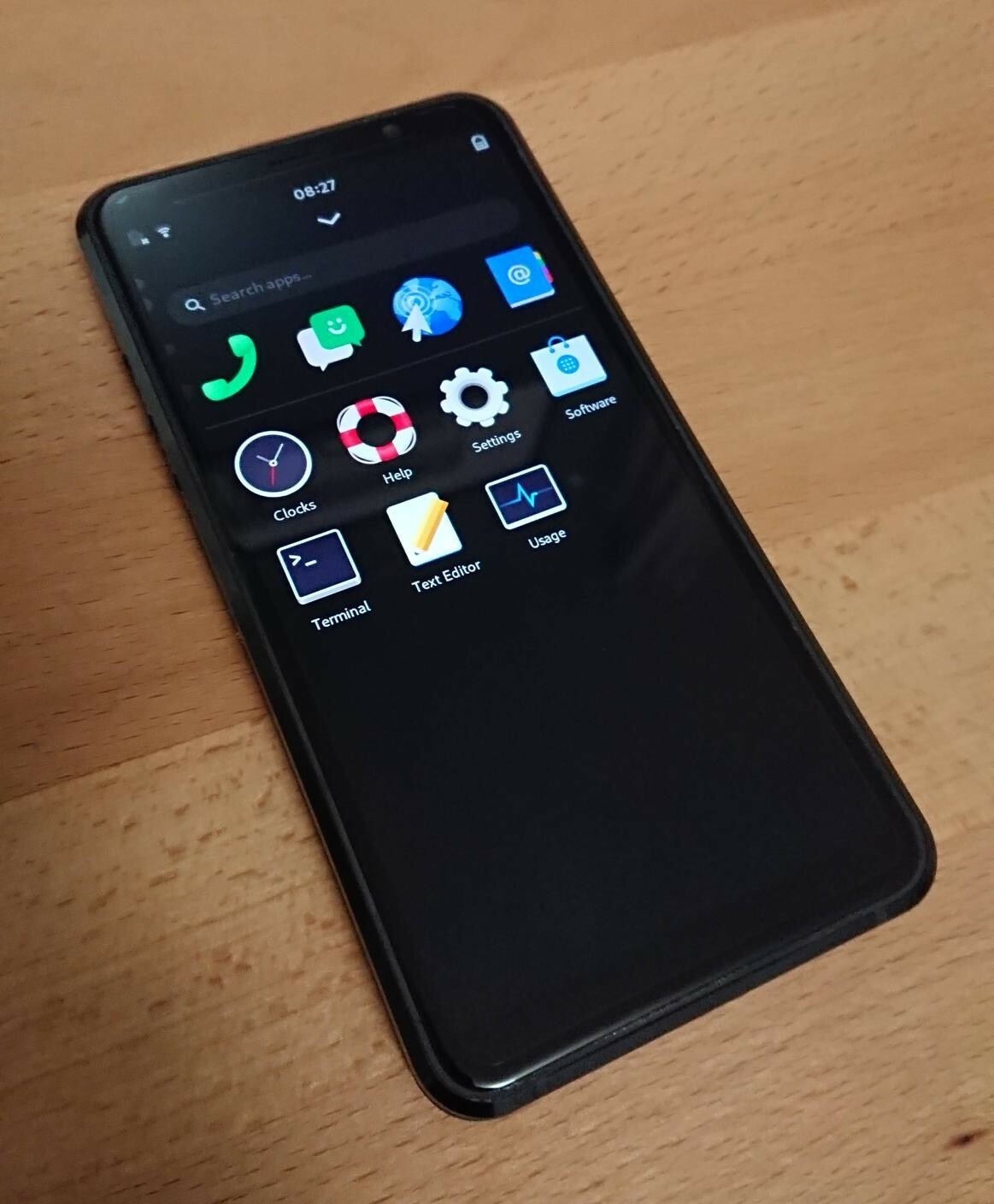 libhandy had several releases and got support for stick-to-finger gestures (and widgets that make use of it) as can be seen on the shell’s lockscreen. That support was in large parts contributed by a community member (exalm).

The list of adaptive GNOME apps is steadily growing.

We’re running pretty close to a mainline kernel, which several folks doubted would be possible,  for several revisions. There’s good support for the devkit upstream and initial patches for the phone already made it back into mainline too. There’s some fun stuff like camera left for 2020. Most of the DSI display stack is upstream now with one driver missing but hopefully not too far away.

We can run mainline mesa as well, another thing that’s not common in the embedded world, which will give us support for games from flatpaks in the near future 🙂

The kernel team managed to bring up the phone hardware in almost no time.

We’re now basing off of PureOS and build images for both Debian and PureOS on a daily basis. We have a CI system that builds everything on commit and a release system that ships updates to the phones by simply creating a signed git tag. About everything we ship is Debian packaged (notable exception atm is u-boot). We are proud and excited to ship updates sometimes multiple times a week to existing Birch and Chestnut users.

Over the next few months we will be adding missing functionality and polishing the UX ahead of the Evergreen batch.

Thank you to the community for your code and testing contributions and your general support and enthusiasm for the Librem 5.