This is another incarnation of the software development progress for the Librem 5. This time for April 2020 (weeks 14-18). Some items are covered in more detail in separate blog posts at https://puri.sm/news. The idea of this summaries is so you can have a closer look at the coding and design side of things. It also shows how much we’re standing on the shoulders of giants reusing existing software and how contributions are flowing back and forth. So these reports are usually rather link heavy pointing to individual merge requests on https://source.puri.sm or to the upstream side (like e.g. GNOME’s gitlab.)

Chats (aka Chatty) handles SMS and instant messaging via XMPP. It has experimental support for various other formats via libpurple.

The lurch plugin is responsible for OMEMO encryption within libpurple:

Calls (the app handling phone calls) can now be translated via the GNOME infrastructure thanks to Claude Paroz: calls!110. This prompted a Persian translation by Danial Behzadi.

This section highlights progress in Librem 5’s GTK based graphical shell name phosh and its wlroots based compositor phoc: 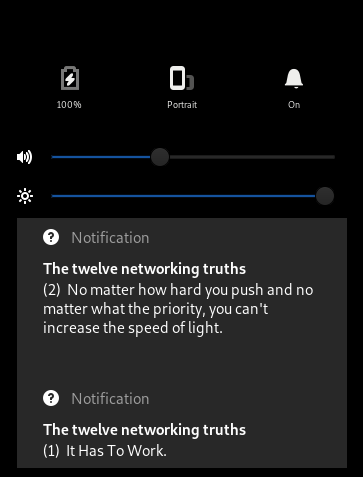 Arnaud Ferraris reworked phosh’s, phoc’s, and feedbackd’s packaging to make it suitable for inclusion in Debian. This complements wlroots and libhandy giving a more complete mobile stack in upstream Debian. 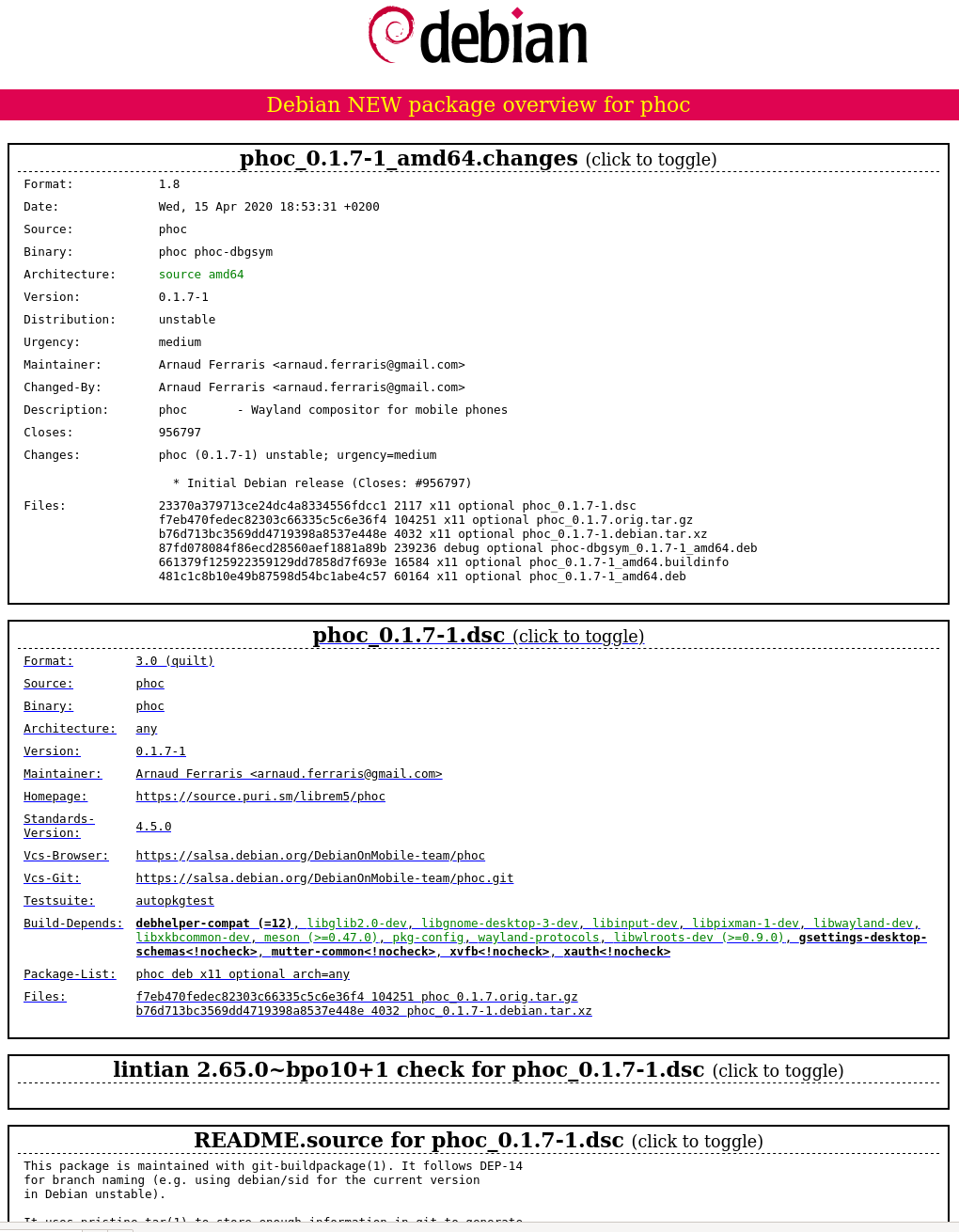 Feedbackd is responsible for haptic, audio (and later) LED based feedback:

The process of upstreaming our Linux kernel work progress is covered in a separate report. The current one is for Linux 5.5 and 5.6 so this is about downstream improvements:

If you made it down here and want to start contributing join us on matrix. We certainly welcome patches and issue comments on https://source.puri.sm. If you want to grab an issue and can’t think of a particular problem, check the easy and helpwanted tags in our gitlab instance. See you next month.